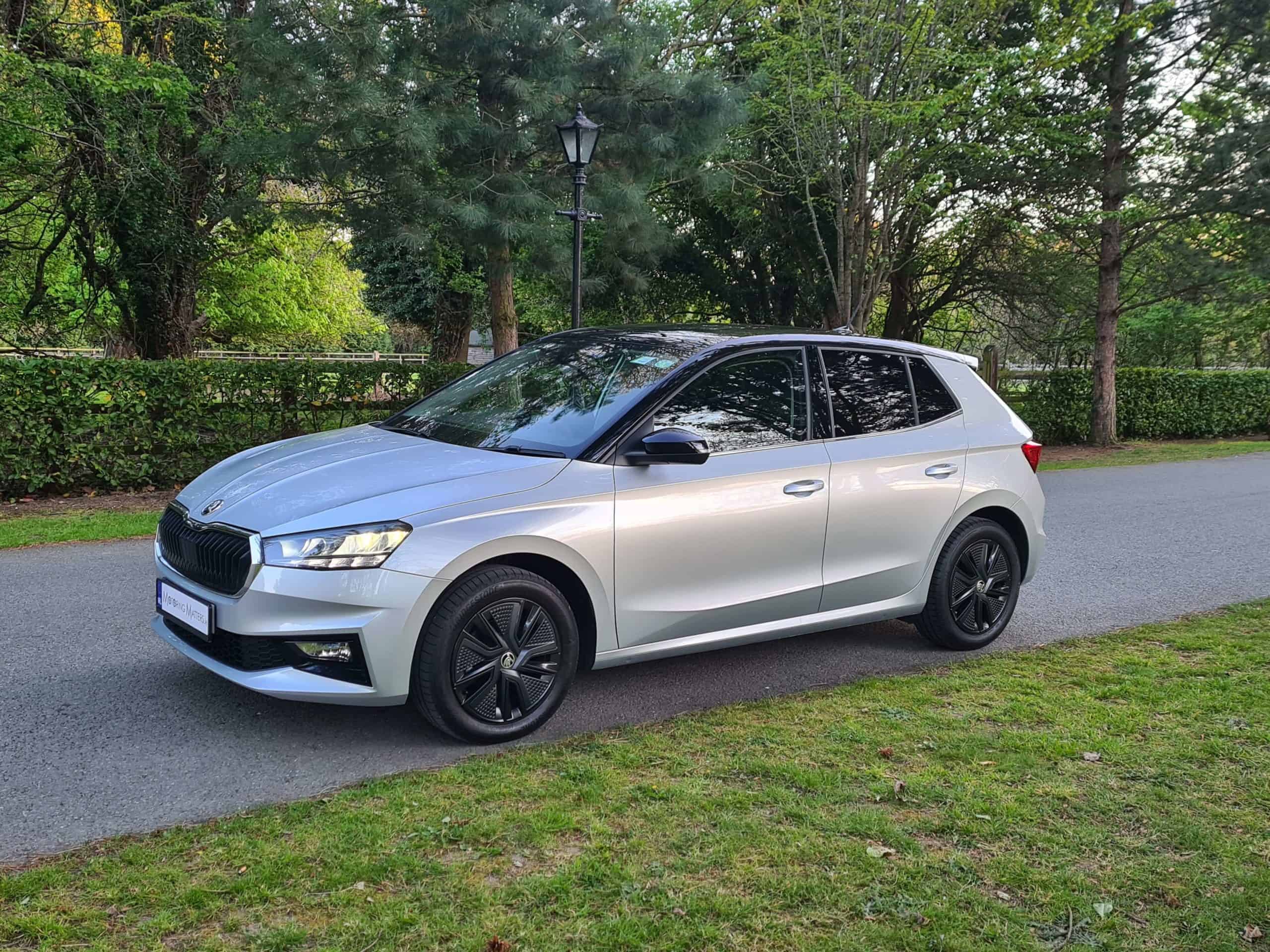 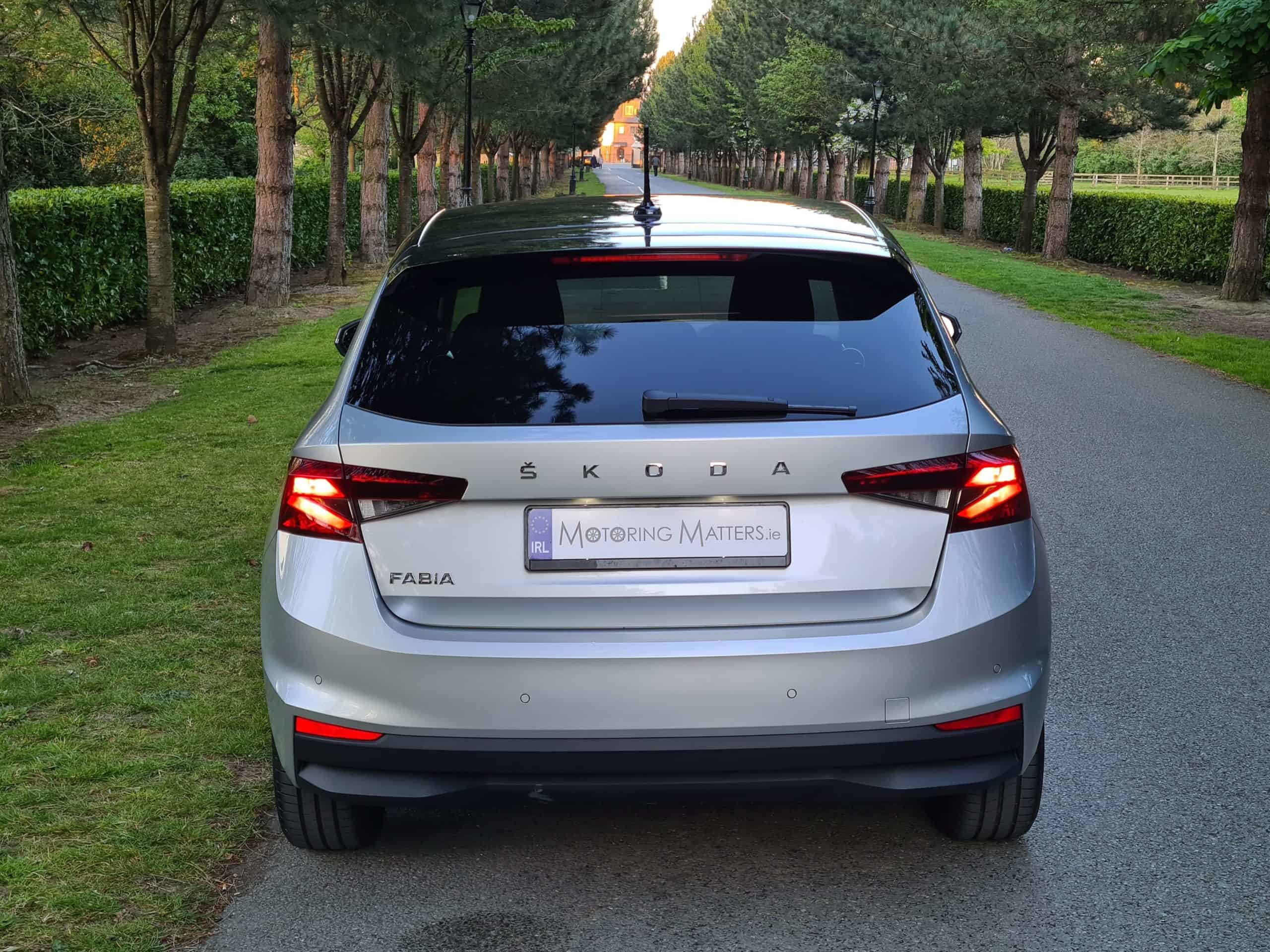 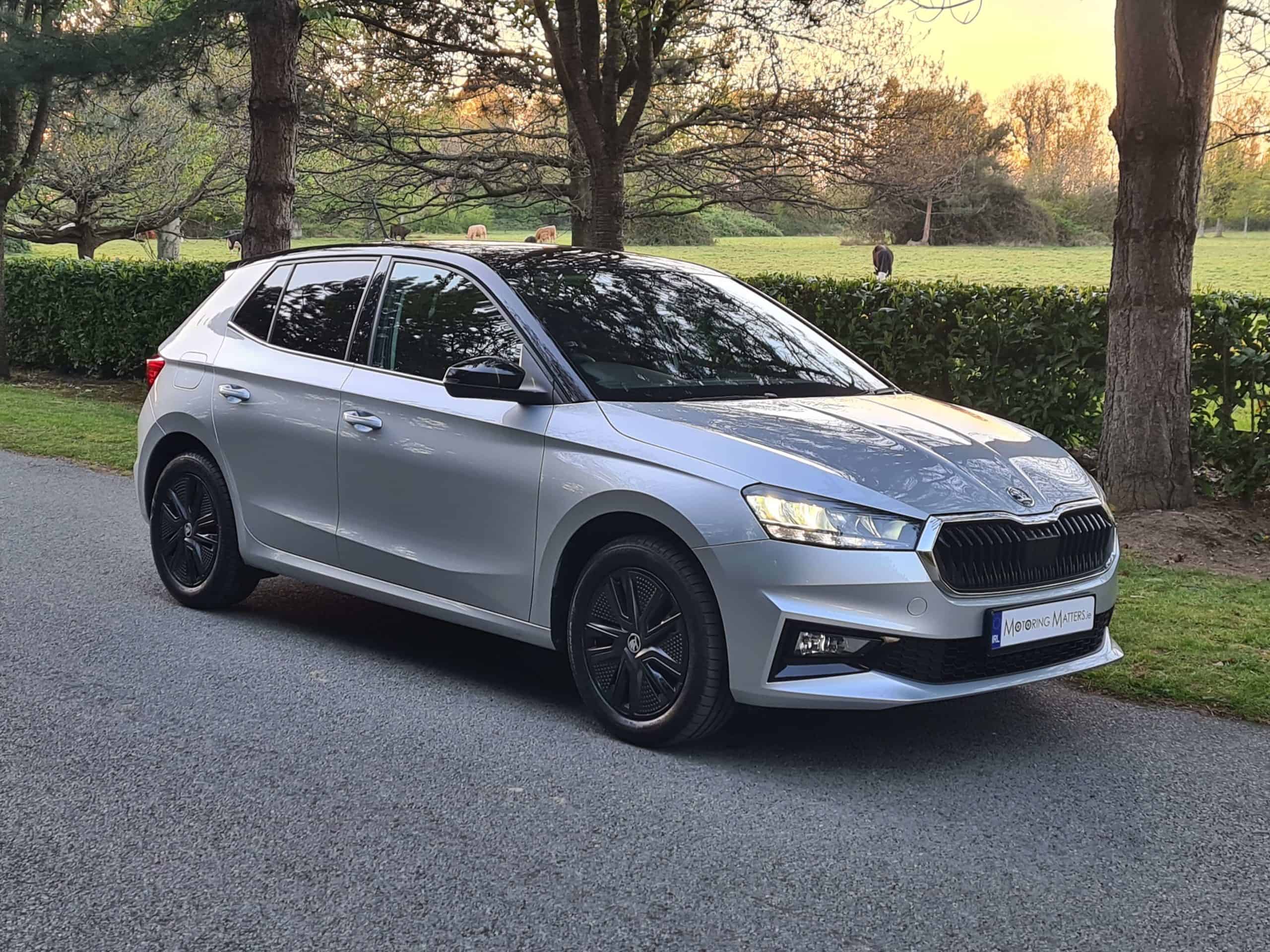 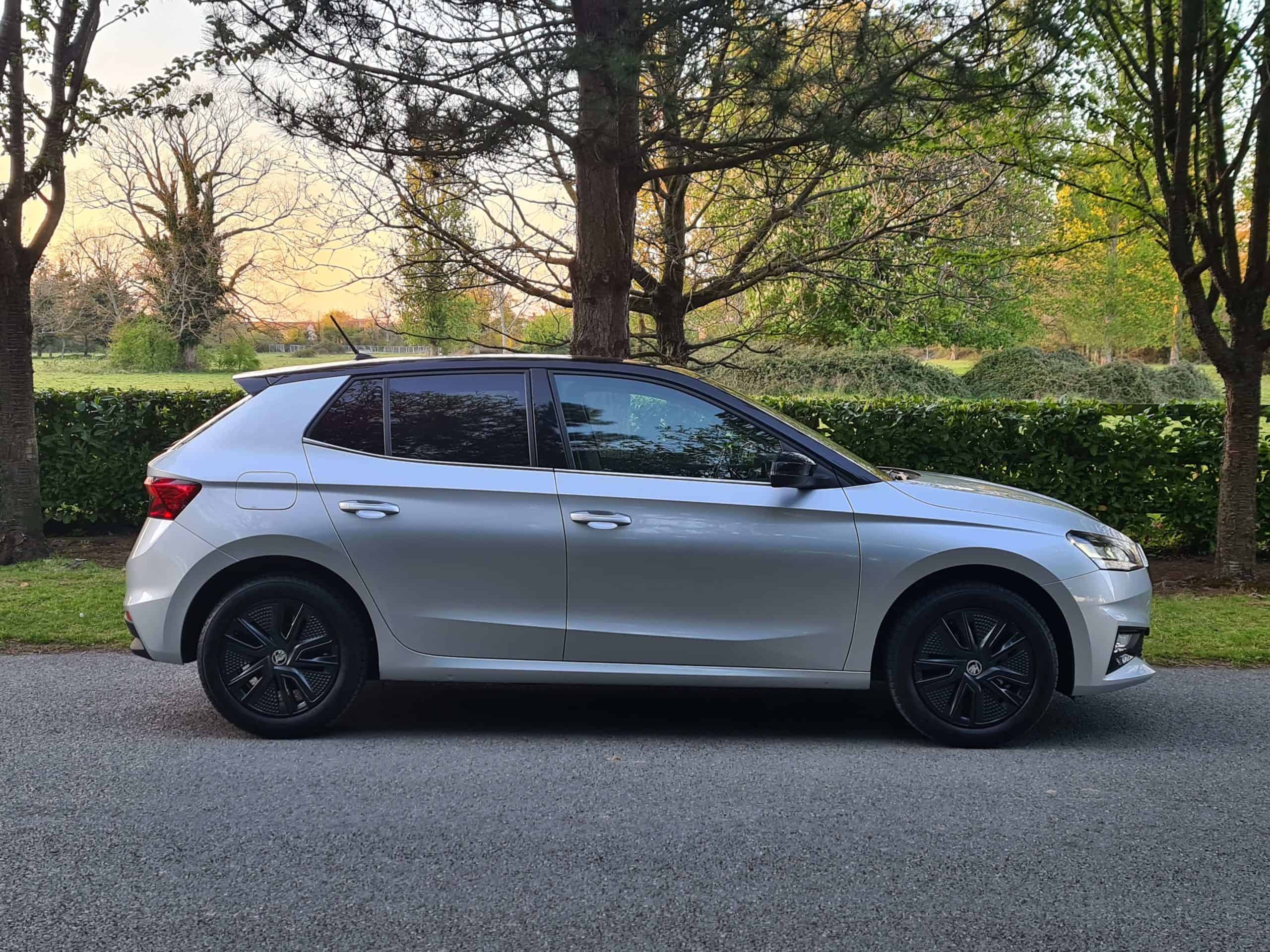 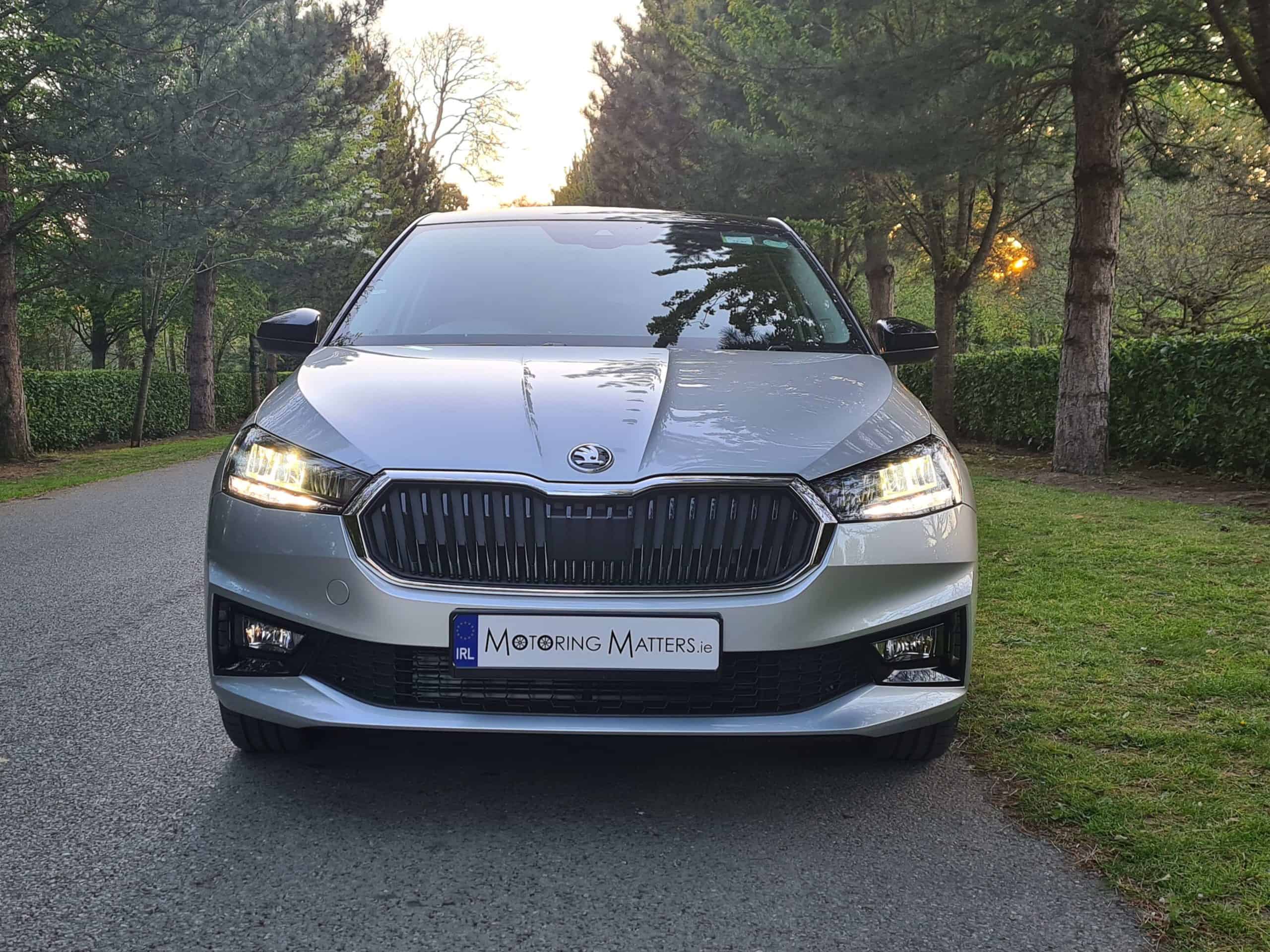 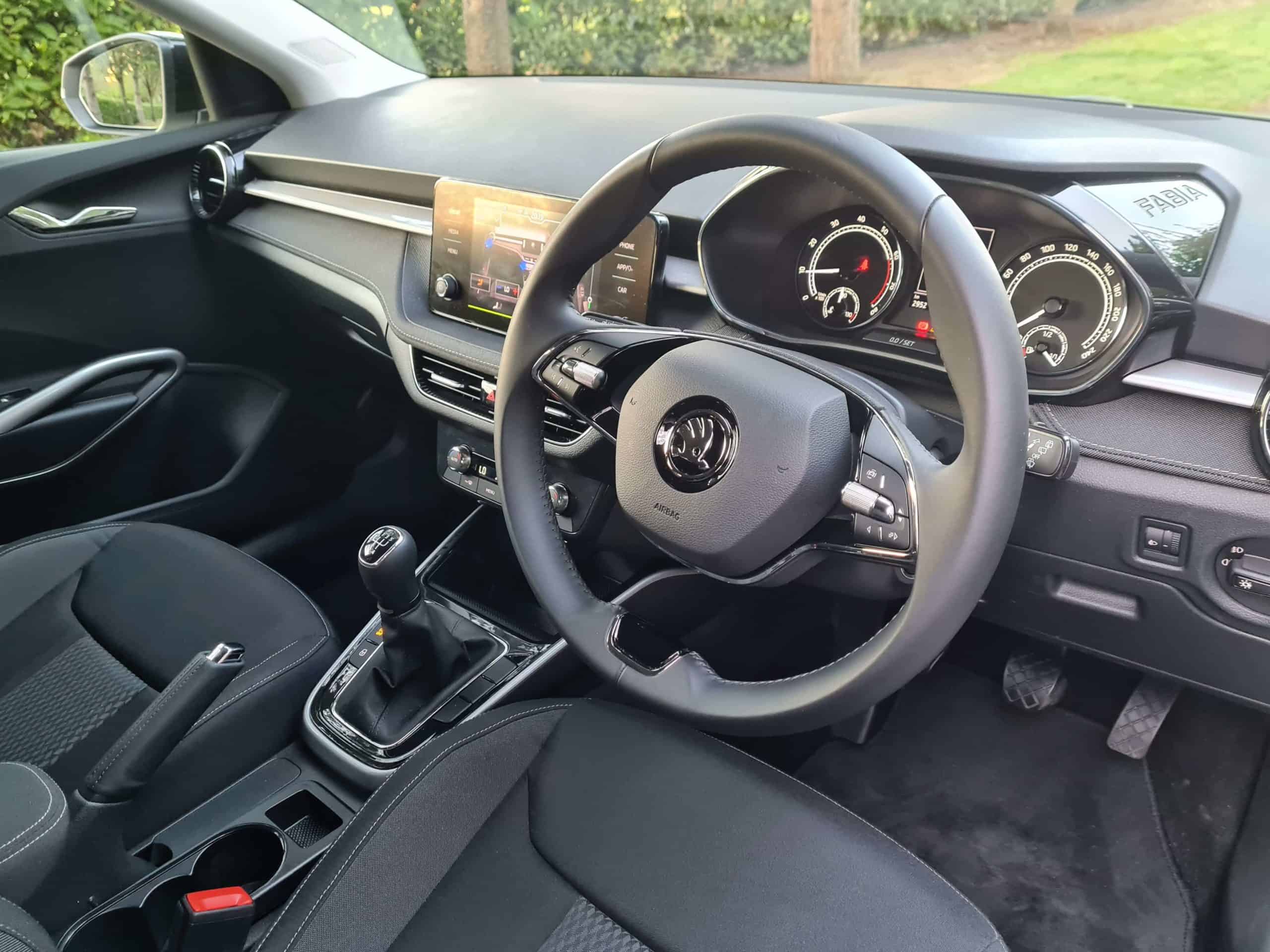 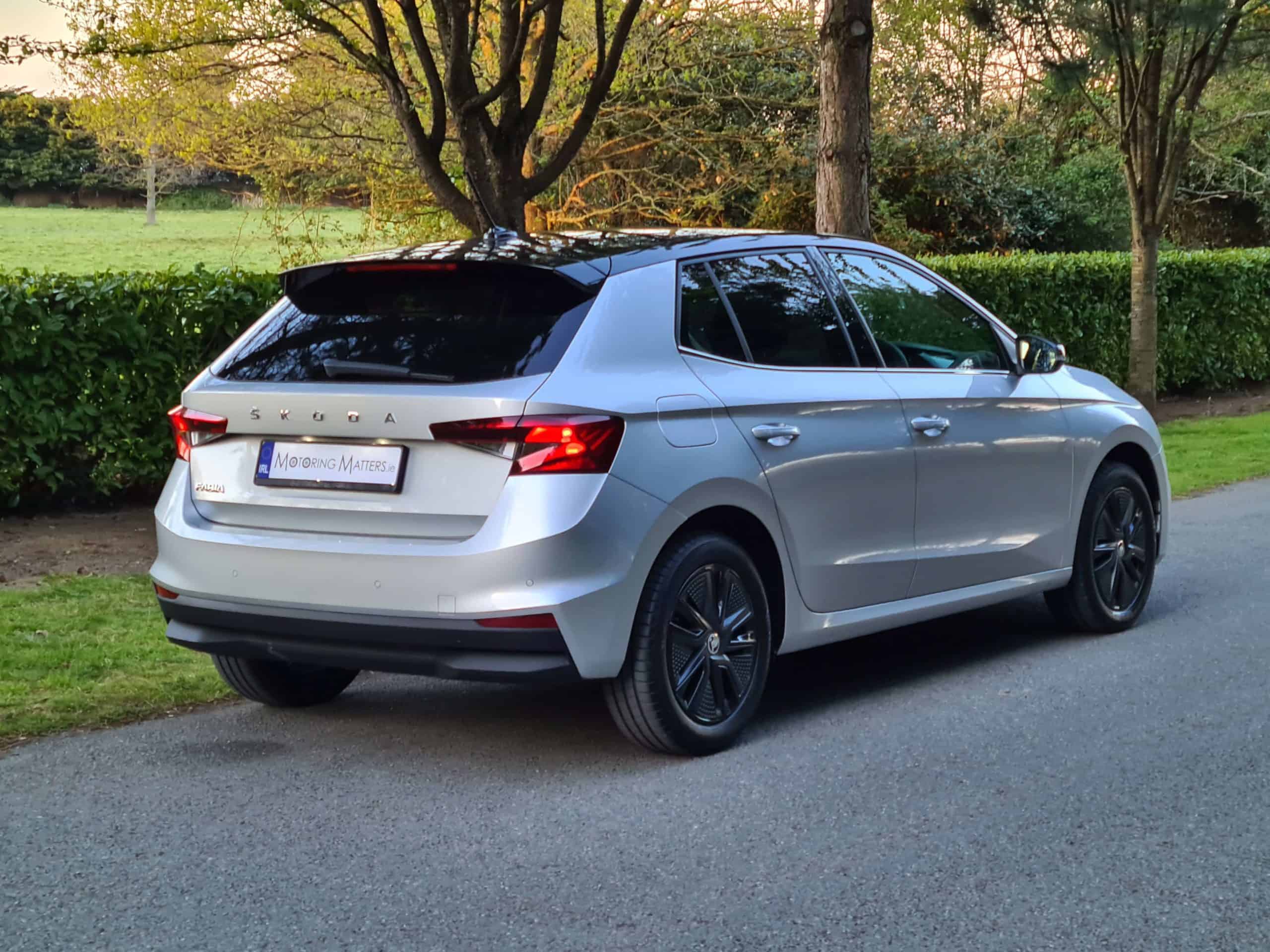 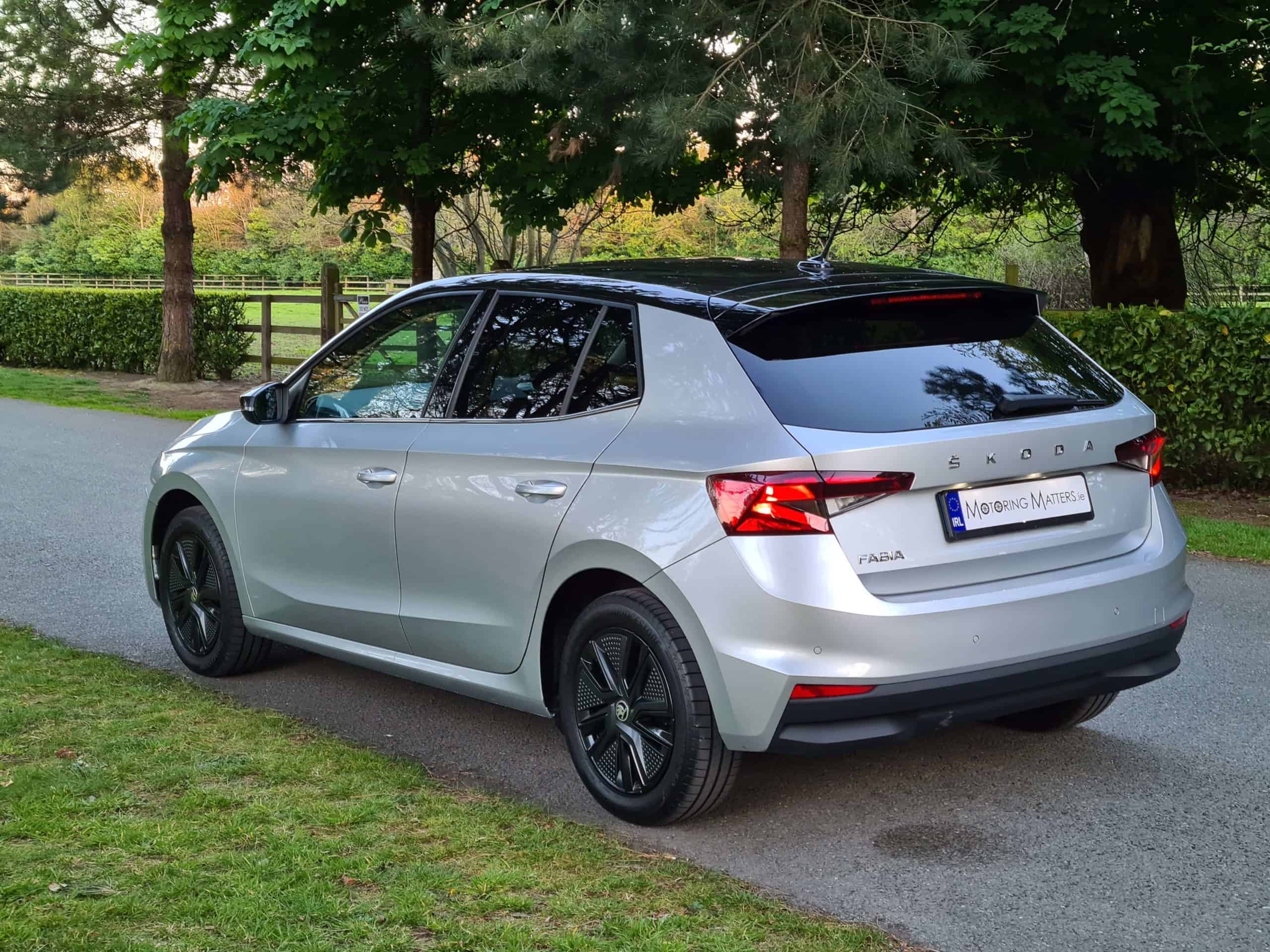 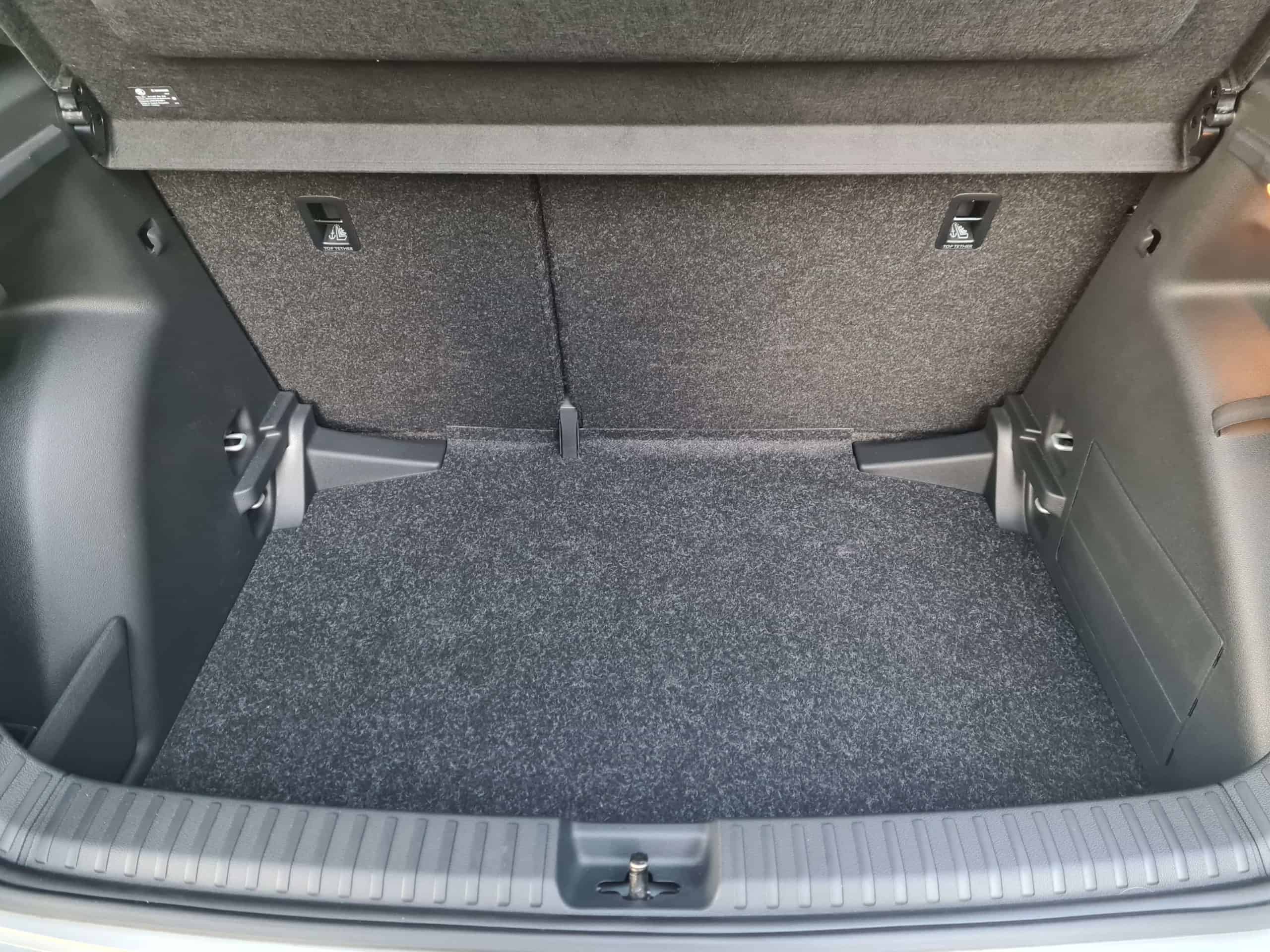 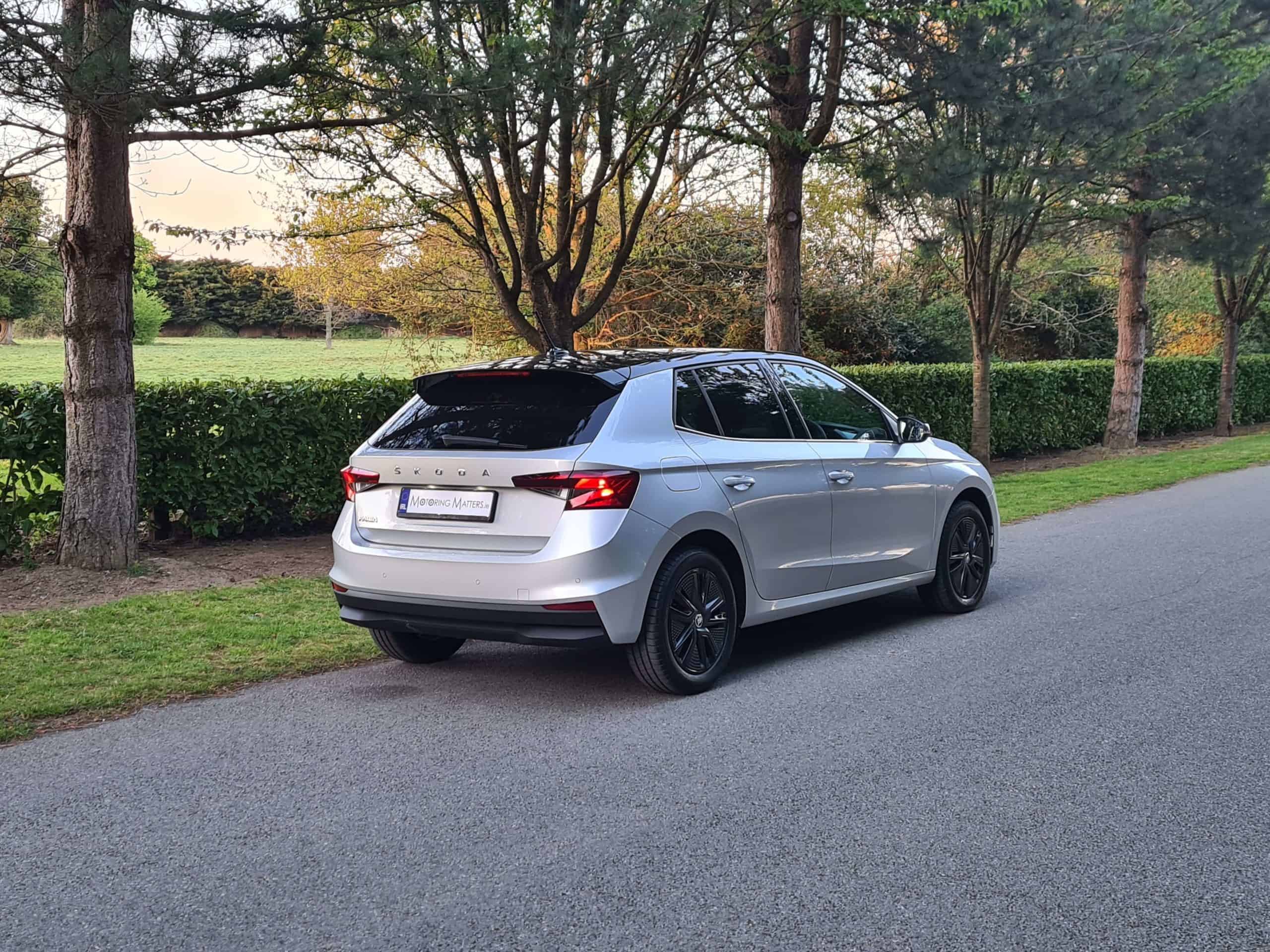 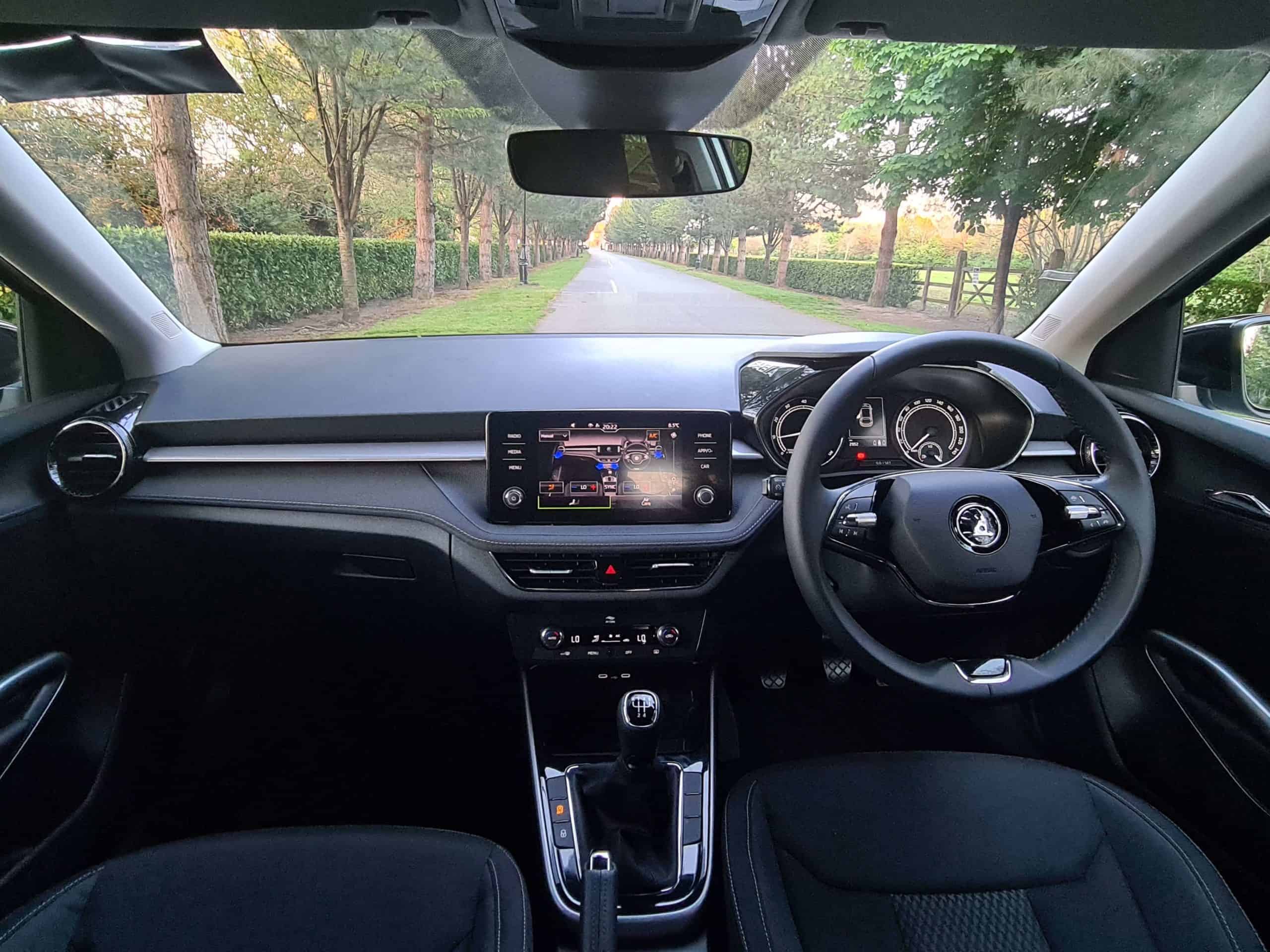 The new Skoda Fabia is quoted by the Czech car manufacturer as being the car that ‘delivers a revolution in design language’. In its 23 year history, various generations of the Fabia have offered customers terrific value for money, usable practicality and excellent build quality, while affordable running costs also added to the Fabia’s desirability. Now Skoda has launched the new Fabia (five-door bodystyle only) which is longer and wider than its predecessor, more sophisticated, and supplied with more active and passive safety technology than ever before. In an effort to make the new Fabia look distinctly modern and sporty, designers reduced the roofline by 8mm compared to the previous generation.

The original Skoda Fabia made its debut in 1999 and replaced the ageing Felicia, which was based on the Favorit, the last car designed and developed by the brand before it was taken over by Volkswagen. A second-generation Fabia arrived in 2007, followed by an all-new model in 2014. Now in its fourth generation, the new Skoda Fabia is the last of the Volkswagen Group’s core superminis to switch onto its MQB-A0 platform. Other cars currently using this platform are the Seat Ibiza, VW Polo and Audi A1 – all of which are from brands within the VW Group itself. The major benefits of the new platform include improved refinement, extra cabin space, and improved cabin quality, along with cutting-edge safety technology. Despite the continued growth of SUV’s and Crossovers, superminis such as the Skoda Fabia are still very popular, with many owners favouring the compact dimensions of a supermini when manoeuvring in and out of tight parking spaces.

The engine line-up in the new Fabia consists solely of petrol powered units, with no plans to introduce a diesel engine, or electrification to the range. The entry-level engine is a 3-cylinder 1-litre MPI naturally-aspirated unit with a choice of 65bhp or 80bhp and mated to a 5-speed manual gearbox, while a 3-cylinder 1-litre TSI turbo-charged unit comes with 95bhp or 110bhp in 5-speed manual or 7-speed DSG automatic transmission guises respectively – all of which send power to the front wheels. Buyers of the new Skoda Fabia can choose from Active, Ambition, Style and Monte Carlo trim levels – all of which consist of LED headlights with daytime running lights, numerous airbags, remote central locking, Lane Assist with Active Steering, Hill Hold Control, Driver Alert, Forward Collision Warning with Emergency Brake & Pedestrian Recognition, a Tyre Pressure Monitoring System, ISOFIX with top tether attachments, and eCall emergency assist.

The new Fabia scored the maximum five stars in the Euro NCAP crash safety test. Achieving 78 per cent of the maximum available points, the Fabia is one of the safest vehicles in its class. The Fabia received 85 per cent of the maximum points for adult protection and 81 per cent for child safety, and thus performed particularly well in these two areas. The top rating for the new Fabia builds on Skoda Auto’s impressive record; since 2008, each of the 14 new Skoda models evaluated has received the highest five-star rating. With almost 80 per cent of the new Fabia’s components made of high-strength steel, the MQB-A0 platform not only provides the Fabia with a highly torsion-resistant body, but also supports the integration of several advanced assistance systems for the first time.

My Fabia Style 1.0-litre TSI test car was finished in striking Race Blue metallic paintwork with a black roof, door pillars and door mirror casings. The exterior design of the new Fabia brings its right up-to-date with other members of the Skoda family, and it is certainly very smart, modern and presentable in every respect. Producing 95bhp and 175Nm of torque, the Fabia’s refined 999cc engine enables the car to sprint from 0-100km/h in 10.6-seconds, while a fuel return of 5.1l/100kms is achievable on a combined driving cycle. The car feels solid and secure through corners, and handles like a car from a class above. A natural feel to the Fabia’s steering, along with excellent handling characteristics, precise gearing, and comfortable ride quality make the new Fabia very relaxing to drive. The standard five-speed manual transmission proves its worthiness when driving in city traffic, but the Fabia is equally impressive at motorway speeds too. Suspension still comprises steel coil springs, with MacPherson struts at the front and a torsion beam at the rear, while ventilated disc brakes at the front, and drums at the rear ensure that the Fabia responds well to soft and hard braking. Key ‘Style’ features include 16-inch alloy wheels with black aero inserts, keyless entry/start system, and a ‘Bolero’ infotainment system to include an 8-inch colour touchscreen display. Thanks to a wheelbase that has grown by 120mm, cabin space within the new Fabia is impressive, with ample head, leg and shoulder room for 3 occupants in the rear of the car.

The new Skoda Fabia excels in all of the important areas, with its ride quality being a particularly impressive stand-out feature. It is the most spacious car in its class, and it makes the most of the space on offer with useful storage solutions – including an umbrella concealed within the drivers door trim. The new Fabia is priced from just €19,150 (ex-delivery) and is on sale now at Skoda dealerships nationwide. 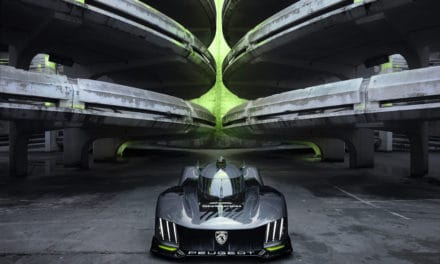 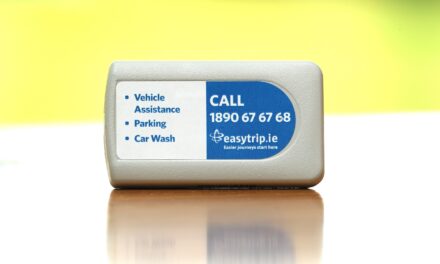 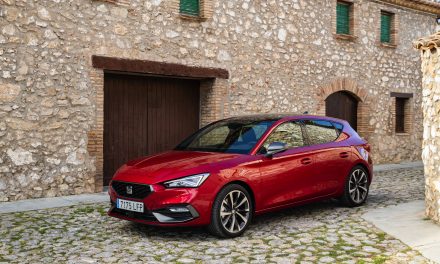 SEAT’s Most Advanced Car Ever – The All-New SEAT LEON. 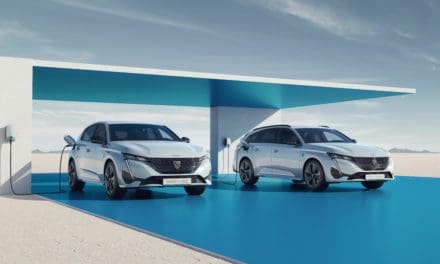