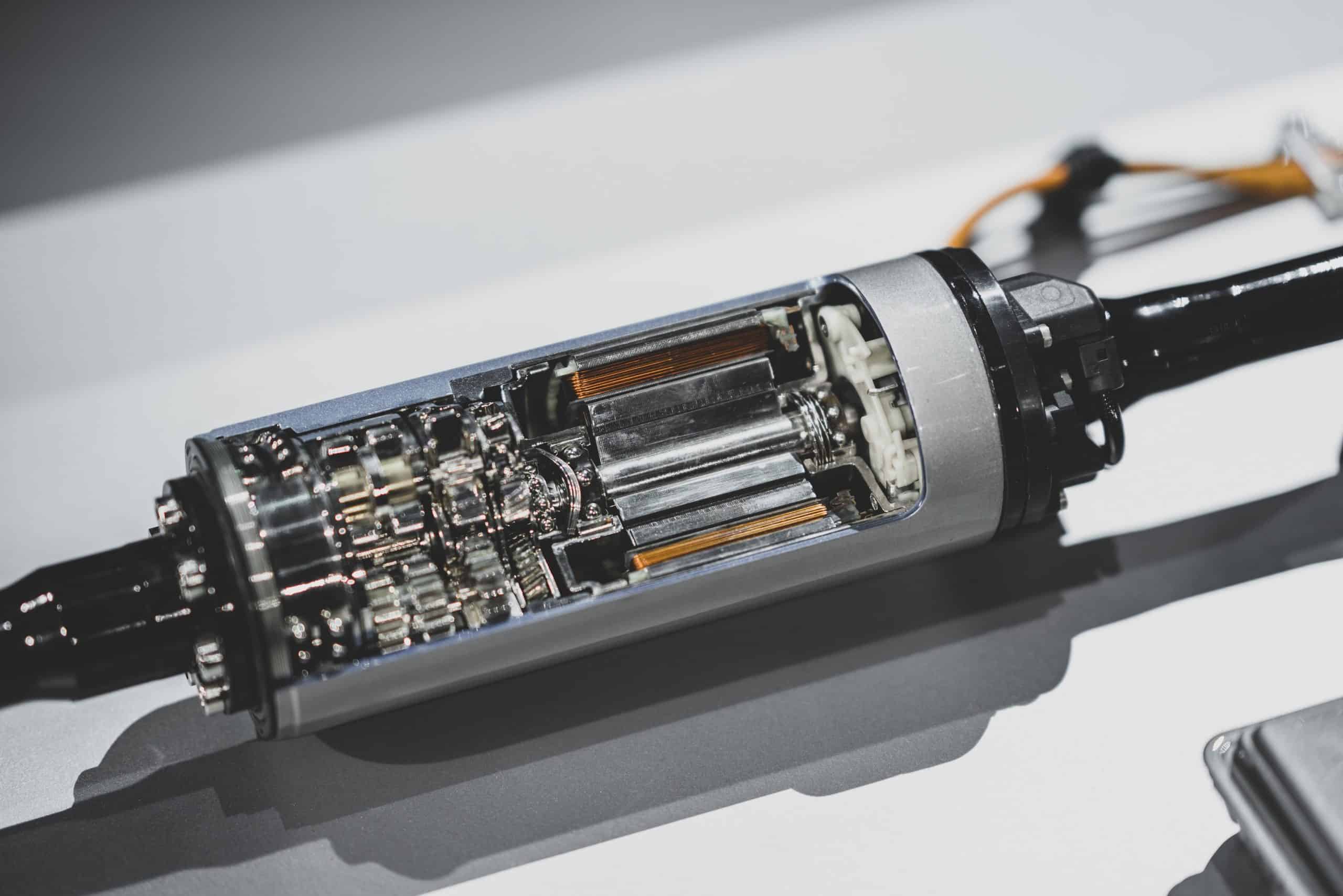 How do you provide a large SUV with sporty road-holding properties and minimal body roll without impairing drive  comfort? Audi has resolved this conflict of objectives by means of electromechanical roll stabilisation (eAWS). Assisted by the 48-volt onboard electrical system and powerful actuators, the stabilisers on the front and rear axle can be actively controlled according to the driving situation. As a result, the models retain their high level of drive  comfort in straight-line driving. By contrast, in cornering and load alteration situations, they impress with enhanced lateral dynamics combined with minimal body roll. The technical advantages of Audi’s electromechanical solution: it is energy-efficient, operates in near-real-time and is maintenance-free due to the absence of hydraulic elements.

How does the driver benefit from the system?

The system reduces the body’s tendency to roll, provides a sportier and more confident handling impression and thus emphasises the versatile character of the large Q model range. It can actively distribute roll torque to the front and rear wheels and thus influence the car’s intrinsic steering characteristics such as the tendency to under- or oversteer. The Audi drive select driving dynamics system offers various setup options for this. Electromechanically active roll stabilisation imparts to the driver a dynamic and precise feel in any situation and enables enhanced handling characteristics. It is one of various systems that perfect the dynamism of the top-end models of the Q range. The Q7* and RS Q8* models, with their controllable stabilisers always respond to the driving situation precisely as expected by the driver. On uneven road surfaces, the body movements are reduced while ride comfort increases. In sporty driving and at high cornering speeds, the car feels more stable and at ease. It pushes itself into a bend in the road. Audi has deliberately selected a setup that does not completely neutralise the roll angle but continues to impart an authentic feel of the driving dynamics situation.

What challenges do large SUV models pose to chassis engineers?

Customers of large SUV models are thrilled by the many practical talents they offer – from ample space in the cabin to cutting-edge chassis technologies to powerful engines and advanced control and assistance systems. An SUV also delivers superb off-road performance. Due to their design, these vehicles feature a higher curb weight and a higher centre of gravity. This means that the body of an SUV leans more towards the outside in cornering than it does on models with a lower centre of gravity.

In cornering, the body leans towards the outside due to the centrifugal forces,  the wheel on the outside of the corner goes into jounce travel while the one on the inside of the corner goes into rebound – the vehicle rolls around its longitudinal axis. Torsionally flexible anti-roll bars between the left- and the right-hand side of the axle are proven means of compensating for this effect. They reduce the body’s tendency to roll by applying reverse torsion torque to the suspension on the outside and inside of the corner, thus counteracting the body’s tendency to roll. This passive suspension component has the same effect in both cornering and straight-line driving. However, an effect that is desirable in cornering may impair  drive comfort in straight-line driving on roads with bumps or potholes on one side of the surface. While passive solutions reach their limits here, Audi has resolved this conflict of objectives by means of electromechanical roll stabilisation. Using sensors to capture and detect the situation, the system will intervene with pinpoint precision only when less body roll is desired. Thus, the spring rate of the stabilisers on uneven and straight roads is lowered to a basic level and the spring and damper forces act by and large independently on the left- and right-hand wheels.

How does electromechanical roll stabilisation work?

A conventional stabiliser operates passively by balancing the suspension movements on both sides by means of mechanical coupling. By contrast, electromechanical roll stabilisation can be specifically controlled. The system consists of two stabiliser halves per axle, with an electric motor operating between them on both the front and rear axle. It can rotate the stabiliser halves in opposite direction of each other and thus generate torque that counteracts body roll torque – individually for each wheel. As a result, it reduces the body roll angles and actively supports them against the physical effects of the driving situation. The system receives its commands via control units on the front and rear axle, which are part of the Electronic Chassis Platform (ECP). The ECP is the central brain of the chassis. Within milliseconds, it matches a variety of parameters such as speed, ride height, roll and pitch movements of the car, the friction coefficient of the road surface, the current driving condition such as under- or over-steer, plus the data of the chassis systems involved. From this input, the system calculates the ideal responses for the integrated components and adjusts them quickly and precisely to each other. The required electrical energy is supplied to the eAWS by a powerful 48-volt onboard electrical system. Within milliseconds, the system calculates suitable actuation values for the stabilisers. The electric motors deliver their power output via three-stage planetary gearboxes, with torque levels of up to 1,200 Nm being generated at the stabilisers.

What is “Vorsprung durch Technik” in the case of an electromechanical solution?

The 48-volt system enables an immediate system response even at low speeds. Latency between the sensors detecting body roll and the response by the electric motors is just a few milliseconds. Unlike hydraulic solutions, the eco-friendly electromechanical system does not require oil circuits and is maintenance-free. It is even able to recuperate energy by capturing suspension impulses on its electric motor, converts them into electrical energy and stores it in the lithium-ion battery of the onboard electrical system. The electromechanical solution also uses energy more efficiently. In contrast to hydraulic circuits, it does not have to store and provide pressure.

How is the system accepted in reality?

Impressive proof of the influence of the controllable stabilisers was provided by race and test driver Frank Stippler in the  autumn of 2019. As part of the development work for the Audi RS Q8* the professional race driver, who in 2019 won the 24-hour race at the Nürburgring for the second time with Audi, set a new lap record for production SUVs. He managed to drive the 20.832-kilometre distance of the race track in the Eifel region in just 7:42 minutes.  The system is also sought after in dealerships. 40 percent of all Audi customers who have ordered a respective model from the Q range are already on the road with electromechanical active roll stabilisation. 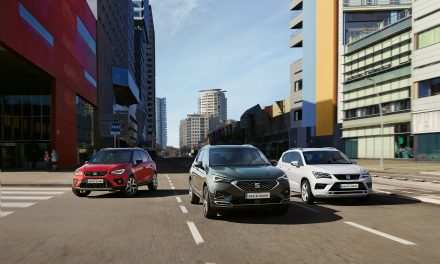 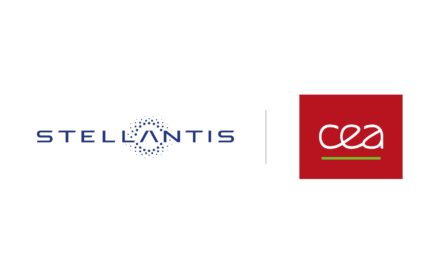 Stellantis and the CEA collaborate on battery modelling.

Women’s World Car of the Year keeps growing with a new motoring journalist from Sweden. 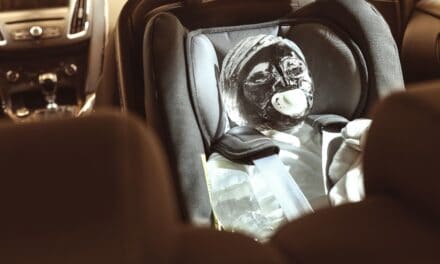