ID. Buzz Cargo and Amarok are the VWCV highlights at IAA Transportation 2022. 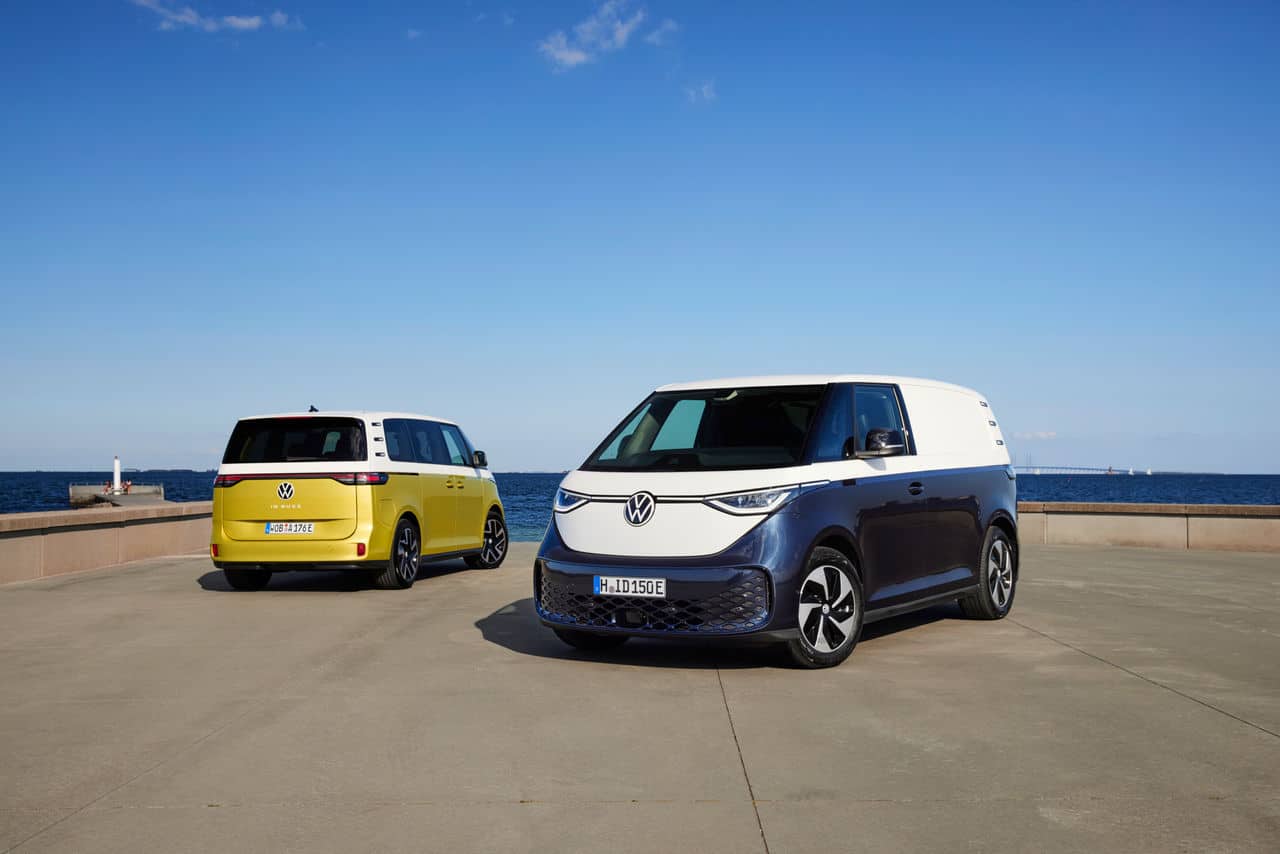 Hannover, 14 September 2022 – The IAA Transportation Show (19 to 25 September) is going to be a mirror image of the current product offensive being run by Volkswagen Commercial Vehicles (VWCV). With the showing of the new ID. Buzz Cargo, an electric vehicle excitedly awaited all around the world is celebrating in Hannover its public premiere The ID. Buzz is already regarded as the new icon of electric motoring. Launching in parallel is the Multivan Edition, a sporty special model, which with a plug-in hybrid drive system can optionally run around the city on electric power. Also being shown for the first time at IAA Hannover is the ‘Good Night’ package; it turns the Multivan into a camper-lite. The new Amarok is also celebrating its global public premiere; it launches with modern engineering and a charismatic SUV design. The Caddy Maxi Dark Label being shown in Hannover is fitted with an economical natural gas engine. The range of models on show at the IAA is completed by the California campers and numerous conversions for special commercial uses. Visitors will find Volkswagen Commercial Vehicles in hall 12 and outside.

The new ID. Buzz: the electric all-rounder is one of the year’s most important new products. At IAA Transportation 2022 it is celebrating its public premiere as the Cargo1. As well as the van, the five-seat ID. Buzz Pro2 will also be in the spotlight at the show. With the ID.BUZZ models, Volkswagen Commercial Vehicles is transferring the eternally young idea of the VW camper van into the modern era. Pre-sales began in Europe back in May. Over 12,500 orders have already been taken. The first vehicles will be delivered to their owners this autumn. The typical Bulli driving sensation is felt as soon as you get in: elevated seating position, armrests, short overhang at the front, cockpit rising up steeply. The ID. Buzz Pro is tailored to families, leisure activities and business use. The ID. Buzz Cargo meanwhile marks the start of a new van era.

150 kW (204 PS) is produced by the two ID. Buzz models’ electric motor. The 77-kWh battery (net energy content) is housed low down within the sandwich floor. The WLTP range of the ID. Buzz Pro is up to 423 kilometres, and that of the ID. Buzz Cargo up to 425 km. The battery is charged at AC charging points using 11 kW. At DC fast-charging stations the charging power rises to as much as 170 kW. Using that level of power, the charging is done in 30 minutes (from 5 to 80 per cent). At compatible DC fast-charging stations it is possible to charge both models via ‘Plug & Charge’. Activation and billing run automatically, without any need for charging cards or apps.

The new Amarok: The second generation of the pick-up is celebrating its trade show world premier at the IAA. The well thought-out set of features, more than 20 new assist systems, mobile online services, engines that are both efficient and high-torque, two all-wheel drive technologies and tailor-made accessories make the new Amarok3 one of the most versatile pick-ups. Its dominant characteristic visually is the clear, charismatic Volkswagen design DNA. The new Amarok will launch in the first few countries at the end of the year.

At launch, the pick-up will be offered in the versions Amarok, Life, Style, PanAmericana and Aventura, as well as with DoubleCab (four-door) or SingleCab (two-door). Volkswagen Commercial Vehicles is showing the Amarok at the IAA in the top PanAmericana and Aventura versions (always with DoubleCab) with standard features such as all-wheel drive, leather trim, ‘IQ.Light – LED matrix headlights’, LED tail lights, infotainment system with navigation function, sound system from Harman-Kardon and diverse assist systems such as ACC+ Adaptive Cruise Control. Four turbo diesel (TDI) engines and one turbocharged petrol (TSI) engine will be available. The TDI engines’ power output ranges from 110 kW (150 PS) to 184 kW (250 PS), while the TSI develops 222 kW (302 PS). Depending on engine version, the Amarok has a manual gearbox or a newly developed 10-speed automatic transmission.

The new Multivan Edition: Launching as a special model is the new Multivan Edition: visually it is the sportiest version in the range. The model’s concept is defined by black elements. The roof section, including A-pillars and roof spoiler, is always painted in Deep Black Pearl Effect. Visually in keeping with that are the dark tinted windows in the back. The LED tail lights are also darkened. On the side the Multivan Edition is individualised by gloss black wing mirror caps, black ‘Toshima’ 18-inch alloys and a black decal above the sill area. Integrated within it: the word ‘EDITION’. The decal, complete with model name, is stylistically replicated on the rear hatch. At the front it is the gloss air inlet grilles that complete the spectrum of black details.

Further standard features on the outside include the ‘IQ.LIGHT – LED matrix headlights’ and surrounding area illumination around the doors with logo projection of the Multivan silhouette inclusive of ‘EDITION’ name. The standard colour to contrast with the Deep Black Pearl Effect of the roof section is Pure Grey. Other contrast colours available as options are Candy White, Energetic Orange Metallic, Indium Grey Metallic, Mono Silver Metallic and Reflex Silver Metallic. The new Multivan Edition can be ordered in two body lengths (4,973 and 5,173 mm), as a five-, six- and seven-seater, and with any of the drive systems (PHeV, TSI, TDI).

Also being shown for the first time at IAA Hannover is the ‘Good Night’ package, which – with a fold-out bed and blackout option – turns the new Multivan into a camper-lite.

The new Caddy Maxi Dark Label 1.5 TGI: The new generation of the Caddy came onto the market in 2020. Volkswagen Commercial Vehicles is now showing at the IAA the new Caddy Dark Label. The special model can be ordered with any of the engine variants. The vehicle at the show is powered by the latest power train in the Caddy programme: a natural gas turbocharged engine4 delivering 96 kW (131 PS). This 1.5 TGI is being offered in all cases in combination with the extended wheelbase of the Caddy Maxi.

The gas drive system (for which biogas too can be used) excels through low consumption and equally low emissions. One kilogram of CNG also delivers appreciably more energy than the equivalent of petrol or diesel. That makes the 1.5 TGI very economical. The steel underfloor tanks take 21.1 kg of CNG / natural gas. In addition to that, the Caddy Maxi 1.5 TGI has a reserve tank for petrol, holding 8.25 litres. Switching between CNG and petrol happens automatically. The natural gas H consumption in the NEDC cycle (combined) is 4.3 kg/100 km. 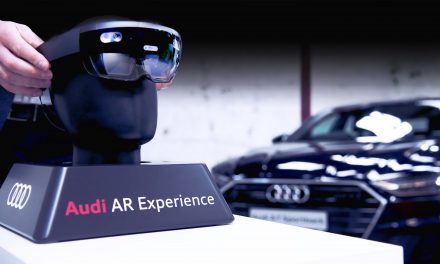 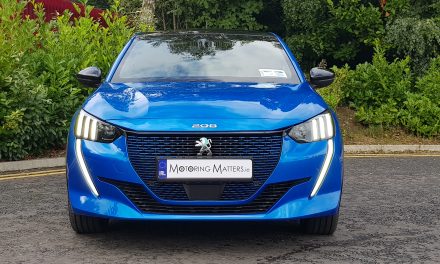 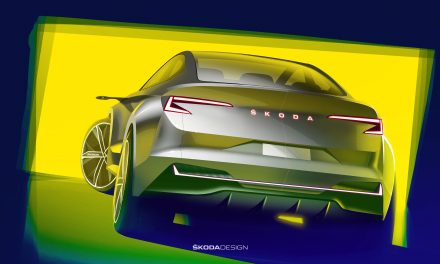 Škoda Confirms Its Place In The Top 5. 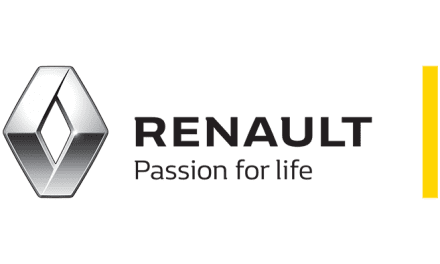 Renault Hit Yet Another EV Milestone.