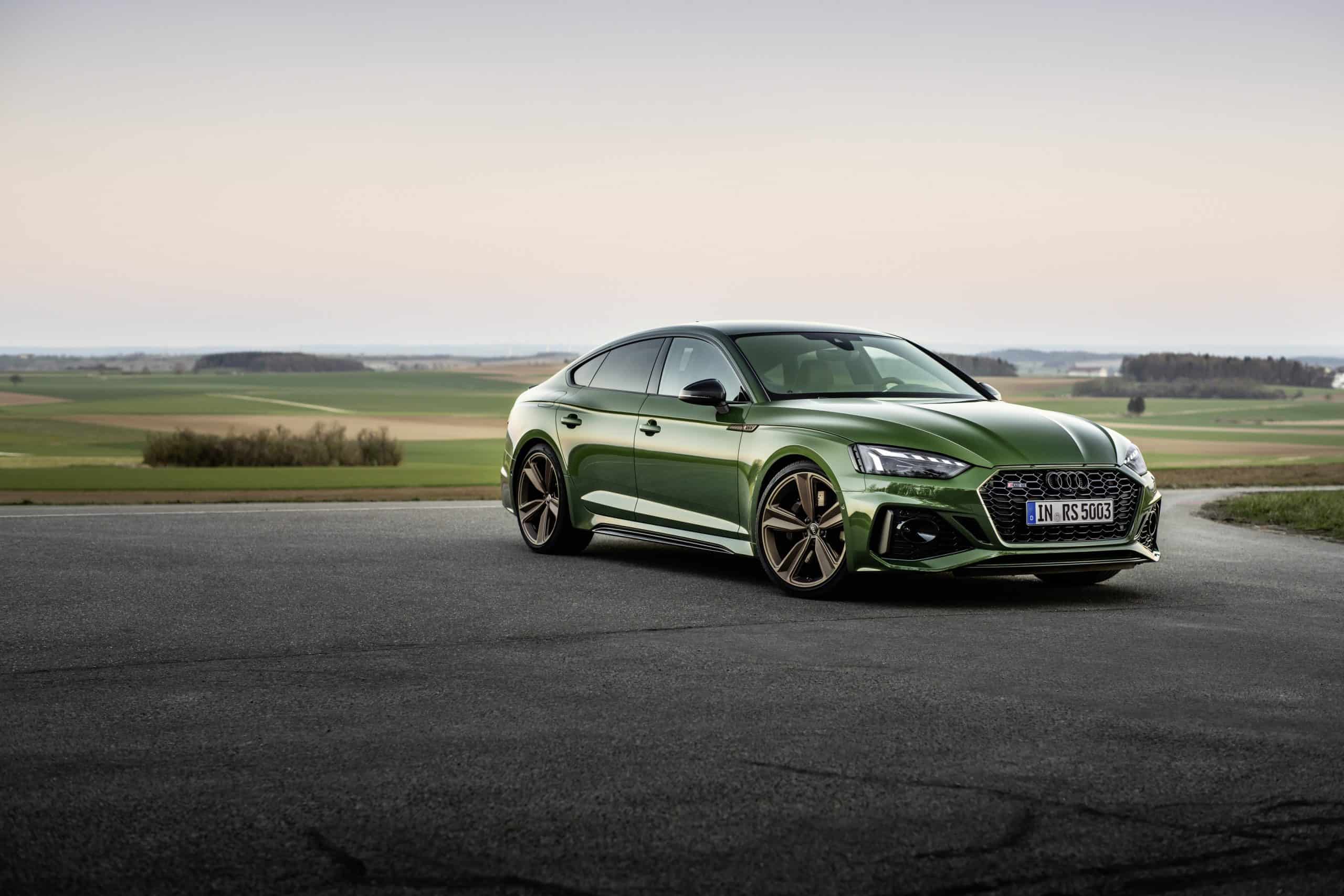 Reduced and functional – the exterior design;
The RS 5, either as a classic two-door Coupé or as a five-door Sportback, remains true to its genetics and continues the sporty and elegant character also in its revised version. The best example of this is the three-dimensional wave-like shoulder line. Like the original Audi quattro, the RS 5 impresses with perfectly balanced proportions: A long engine hood, the extended wheelbase, and the short overhangs underline the sporty presence of the RS 5.

The new Singleframe is considerably flatter and wider compared to the Audi A5. The radiator protective grille with the RS-specific three-dimensional honeycomb structure features a gloss black design. The implied air vents above the grille are reminiscent of the classic Audi Sport quattro from 1984. RS-specific darkened Matrix LED headlights with Audi laser light are available as an alternative to the standard Matrix LED headlights. The large, striking side air inlets have a new, pentagonal, geometric cut.

The side view is characterised by the new sill trims. The intensive light-shadow interplay visually makes the RS 5 models appear even flatter and deeper. The wheel arches, which are flared by an additional 15 mm on each side make reference to their quattro genetics. Similar to the RS 6 and RS 7, the new RS-specific bumper and the diffuser insert grant the RS 5 an accentuated rear end. The striking diffuser showcases the RS exhaust system, which, as is typical for the RS, terminates in oval, chrome coloured tailpipes on both sides or, in the RS sport exhaust system, terminates in large, black tailpipes. A surface-mounted spoiler lip in black, or optionally in carbon, rounds out the rear. The gloss black, matt aluminum, and carbon styling packages give many add-on parts an even more individual look. The solid turbo blue and tango red, metallic colours return to the colour palette.

Individual and high-quality – the interior;
Horizontal lines and the new RS design package in black with rock grey contrasting seams dominate the interior of the RS 5 models. The strongly contoured RS sport seats can be set electrically in many ways; their armrests are embossed with the RS logo. As standard, Fine Nappa leather with a honeycomb pattern serves as upholstery material. and a new feature in RS 5 models; the inlays are available in carbon matt.

Touch instead of turn – the new operating concept;
The future-oriented interior design harmonises with the new operating concept, which is concentrated on a 10.1-inch MMI touch display. This is based on the new third-generation modular infotainment platform (MIB 3). The large display, which is equipped with acoustic feedback, stands freely in the space and is slightly tilted toward the driver. Its menu structure is simple and intuitive like that of a smartphone. The natural-language voice control understands many formulations from everyday speech.

The “RS monitor” view informs the driver about the engine and transmission temperature, the maximum longitudinal and lateral acceleration values, and the tyre pressure and temperature in the central MMI display. In the 12.3-inch Audi virtual cockpit, special RS displays concerning tire pressure, torque, output, engine oil temperature, boost pressure, and g-forces can also be shown. Moreover, lap times and acceleration from 0 to 100 km/h can be started directly via a button on the steering wheel.

Stunning pulling power – the drive;
Immense pulling power and high output combined with efficiency: Even after the revision, the output of the 2.9 TFSI remains unchanged at 450bhp. The V6 twin-turbo delivers between 1,900 and 5,000 rpm; during this process, each charger supplies a cylinder bank with compressed air and 600 NM of torque is supplied to the crankshaft. Both RS models catapult themselves from zero to 100 km/h in 3.9 seconds; on request, Audi Sport GmbH can raise the top speed from 250 km/h to 280 km/h.

An eight-speed tiptronic that has been tuned for sportiness transmits the forces of the engine; the driver can control it using enlarged aluminum shift paddles. The quattro permanent all-wheel drive gives the RS 5 a special place in the segment. In normal driving operation, the power distribution between the front and rear axle is 40:60 – this asymmetrical dynamic torque distribution leads to sporty, rear-biased handling. If necessary, the centre differential can redirect up to 70% of the forces toward the front or up to 85% of the forces toward the rear. With the optional sport differential, which actively distributes torques between the wheels of the rear axle, the dynamic handling is increased even further.

Tuned for sportiness – the suspension;
The taut and tuned RS sport suspension forms a perfect partner for the strong drive. The RS sport suspension plus with Dynamic Ride Control (DRC) is available on request. It realises a purely hydraulic and thus fully instantaneous roll and pitch stabilization; the operation of its dampers can be switched into three stages using the Audi drive select dynamic handling system.

Apart from the familiar comfort, auto, and dynamic drive modes, there are the two new “RS1” and “RS2” modes. These can be individually configured, saved, and then selected directly and quickly via the RS Mode button on the steering wheel. Audi drive select influences the operation of important technical elements, including the engine, tiptronic, steering, and optional components, such as damping, dynamic steering, sport differential, and exhaust flaps. The RS 5 Coupé and the RS 5 Sportback drive on 20-inch wheels as standard. 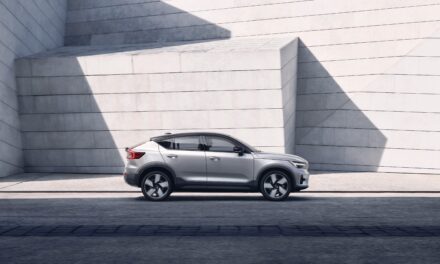 Volvo Cars reports record six-month performance for the first half of 2021. 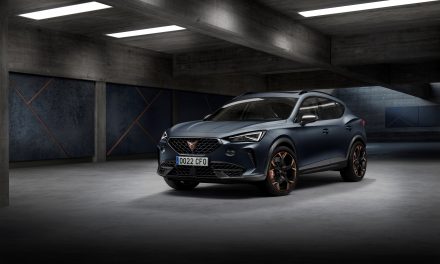 New CUPRA FORMENTOR To The Fore. 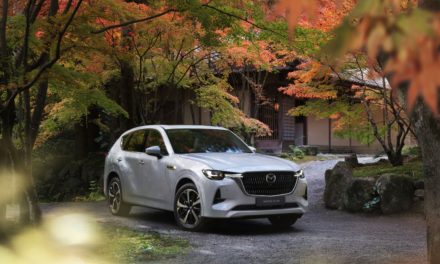 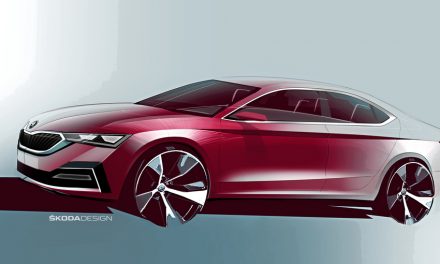