Back in the 1990’s the original Ford Puma was a small and very fashionable coupe built on the underpinnings of the Fiesta and powered by modest engines. It was a compact, front-wheel drive sports car. It was only sold in Europe from 1997 until 2001, but in that time had built up a loyal following. Now the Ford Puma is back, still based on the underpinnings of the lastest Fiesta, it is now an SUV, rather than a small and sporty coupe. The Puma is a considerably larger vehicle, longer, wider and taller with a substantially larger boot. It is a rival to the style-driven Nissan Juke and Renault Captur.

The Puma’s track widths have been increased over the Fiesta by 58mm on both axles, to a Focus-matching 1562mm, while the rear torsion-beam suspension is adapted to suit the Puma’s mass and physicality. It’s longer by 146mm, wider by 71mm, taller by 54mm and possesses of a 95mm-longer wheelbase than its Fiesta sibling, which results in more cabin space, a higher driving position and a really big boot. The Puma’s curvy body, confident front grille and signature high mounted headlights make it look aggressive. Powering the new Ford Puma is Ford’s popular 1.0-litre, 123bhp, three cylinder EcoBoost petrol engine, along with a 1.5-litre turbo-diesel engine with 118bhp available with a 6-speed manual gearbox as standard with both engines, Both engines come with mild hybrid technology (mHEV) to improve fuel efficiency. Also available is a 7-speed automatic, as an option with the petrol power plant. The Puma has more upmarket looking trims, including fabric on the door cards, plus a choice of carbonfibre or wood-effect dashboard fillers and infotainment surrounds, depending on the model chosen. New for this segment, and for Ford in general, are wireless charging, massaging seats and 12.3-inch digital dials, all of which lend the Puma a more technologically advanced and luxurious feel than the Fiesta. The main 8-inch infotainment touchscreen is just as bright and easy to read as it is in the Fiesta, with the inclusion of Apple CarPlay and Android Auto at no extra cost.

My test car was a Ford Puma ST-Line X 1.0-litre EcoBoost (mHEV), which was finished in Agate Black metallic paint (a €700 cost option), and was fitted with the following optional extras – a handsfree tailgate (€700), full LED headlamps including auto headlamp levelling (€900) and a Driver Assitance Pack (€1,500) which includes radar and camera based pre-collision assist, BLIS and CTA (blind-spot information with cross traffic alert), active braking, intelligent adaptive cruise control with evasive steering, a rear view camera, and front parking sensors. With the sweet-revving petrol engine producing 123bhp and 210Nm of torque, the 0-100km/h sprint can be completed in just 9.8-seconds, while fuel consumption as low as 5.7l/100km’s is achievable on a combined driving cycle, with annual road tax costing just €190. Sharing many parts with the dynamic Fiesta ensures that the new Puma is equally as thrilling to drive on a motorway as it is on a twisty back road, while the inclusion of the very latest safety technology ensures driver confidence from behind the wheel. Like the Fiesta, it’s ahead of the competition in the way it corners, with little in the way of body lean and excellent, communicative steering. It’s also good to drive around town, thanks to its impressive visibility and tight turning circle.

The boot space in the Puma is better than its closest rival at 456-litres, with extra practicality coming courtesy of an 80-litre waterproof storage box (which Ford calls MegaBox). Ingeniously, this MegaBox is essentially a storage space lined with waterproof and hard-wearing plastic, and has a drain plug at the bottom to release any liquid residue. Even without the MegaBox the Puma’s boot is a practical space, with an uninterrupted one-metre width and a moveable floor that offers either maximum space, or a large flat loadspace with the seats folded. The parcel shelf is flexible and attached to the tailgate, so it doesn’t get in the way or require any hinges in the loadspace that would eat into storage and can carry up to 565kg.

The Ford Puma has been given a full five stars when tested by Euro NCAP, like the Fiesta upon which it is based. There is also a lot of autonomous tech available. It features a dozen sensors, three radars and two cameras to help the driver manoeuvre the car safely at low speed and while on the motorway. A huge innovation included with this car is the new Local Hazard Information system – an on-board modem that communicates a warning with other so-equipped cars when there has been a crash or other hazard on the road ahead – broken down vehicles, objects in the carriageway and even hazardous driving conditions like fog or ice.

With pricing for the new Ford Puma starting at just €24,835 (ex-works) – and Ford’s comprehensive 7-year/100,000km warranty and 7-year roadside assistance cover included as standard – buying a compact SUV has never been so affordable. The reborn Puma is a welcome addition to the smaller end of the brand’s SUV line-up. It is good to drive, practical and very economical, thanks to mild-hybrid technology across the board. The Puma is a very impessive car with strong cornering ability and a dignified ride which is hard to match in the class, and the interior is cleverly multipurpose as well as nicely furnished. 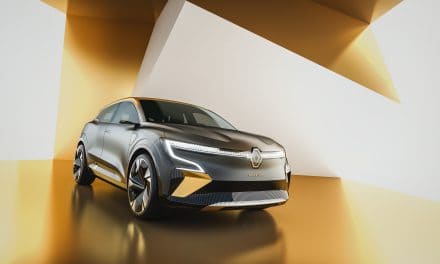 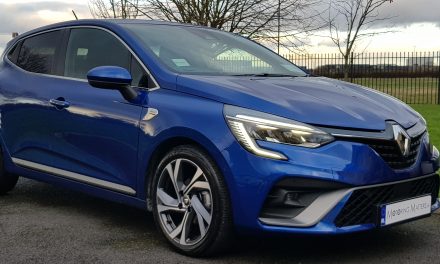 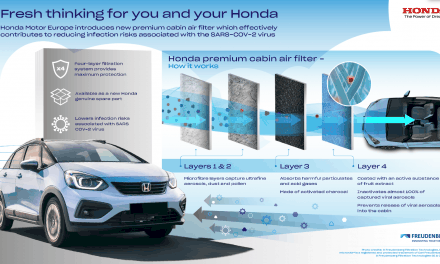 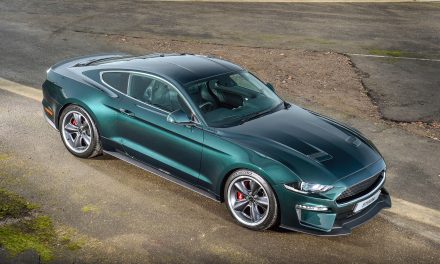