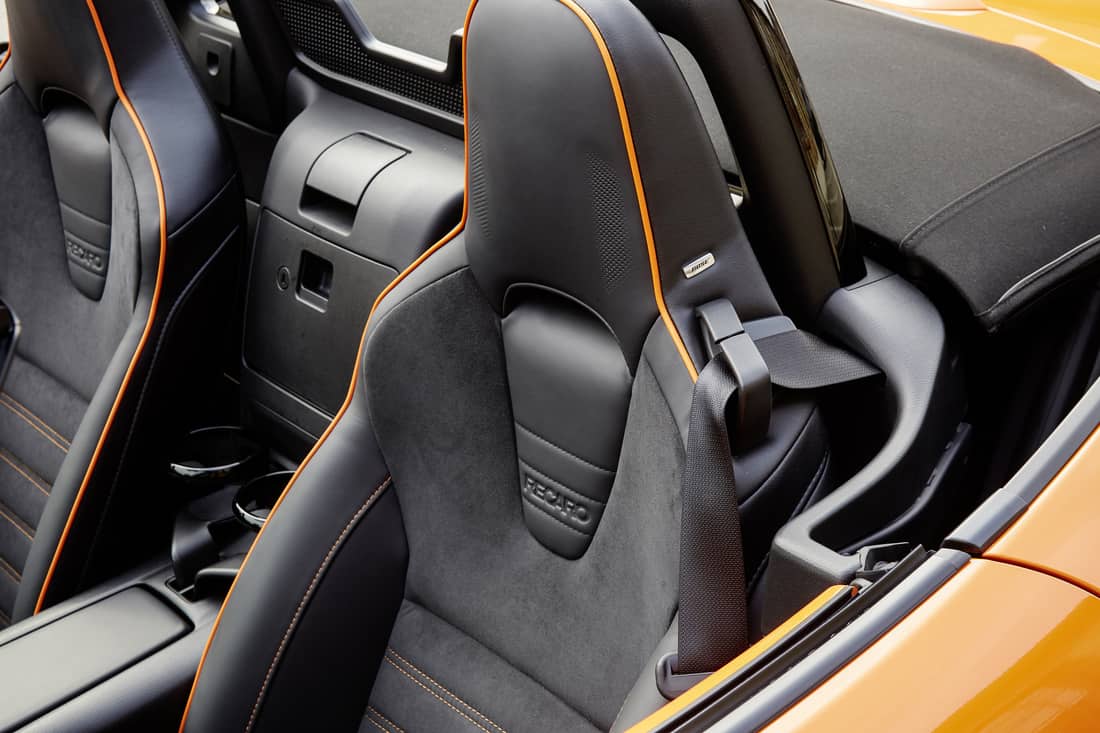 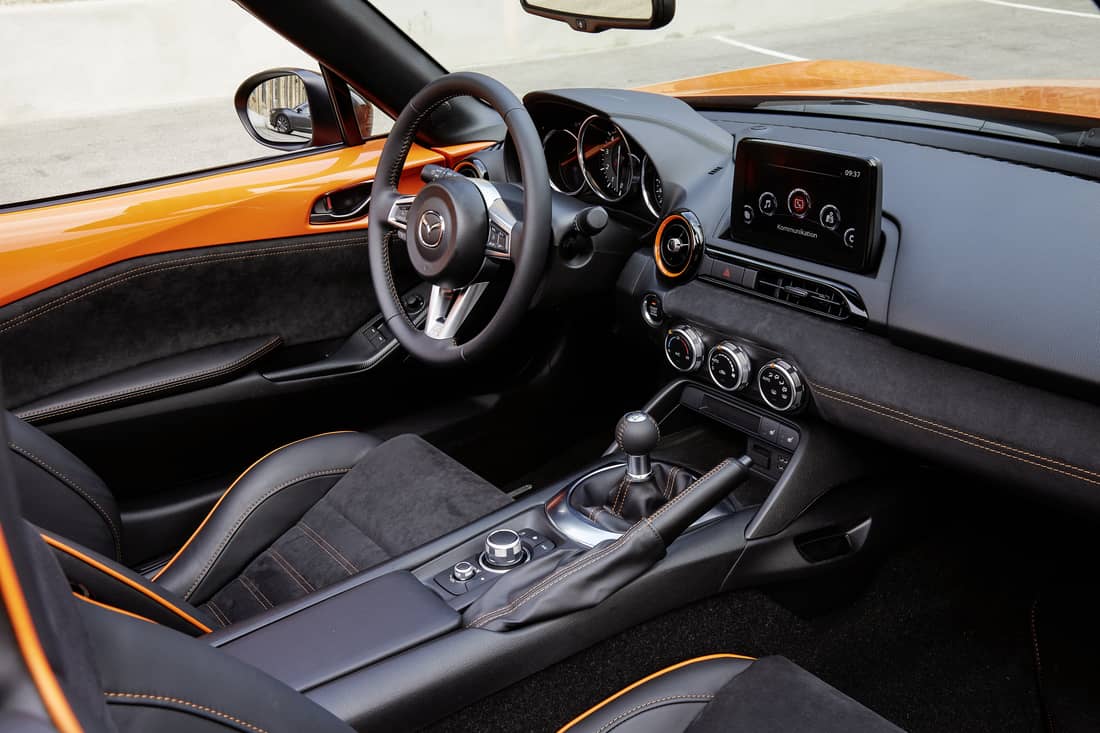 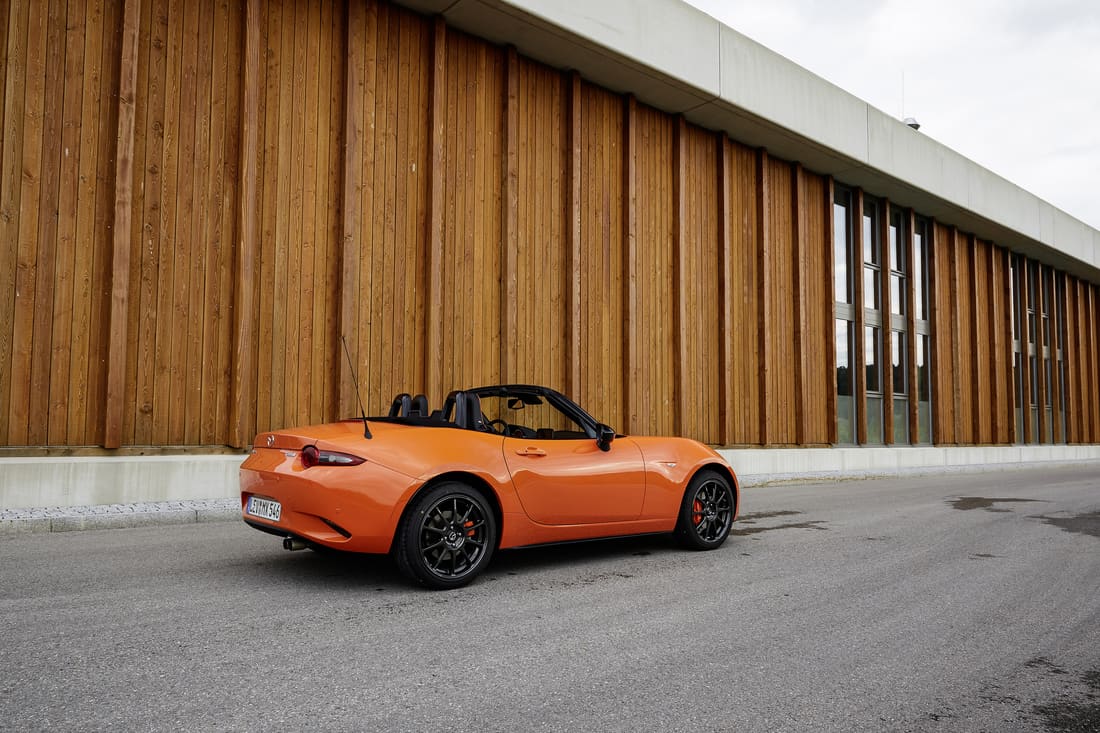 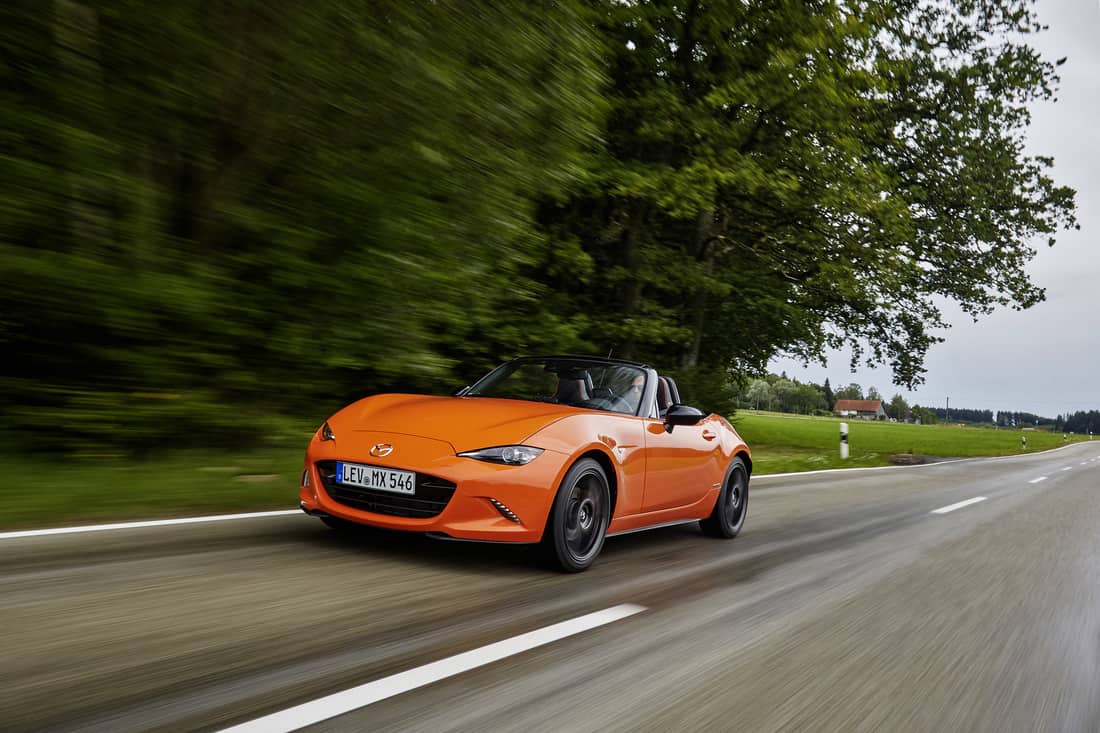 Celebrating the birth of the iconic Mazda MX-5, Mazda unveiled a 30th Anniversary Edition MX-5 at the 2019 Chicago Motor Show, three decades after its debut at the very same motor show in 1989. With global production limited to 3000 models, only 10 units will be available in Ireland.

After 30 years and more than 1 million units sold, Mazda feels that the MX-5 has grown into more than simply Mazda’s creation. It now belongs to the enthusiasts around the world who have supported the development of the model and helped it become the world’s best-selling two-seater roadster. Launched as both a tribute to these MX-5 fans and as a mark of the high hopes the firm has for the future of its sports car, the 30th Anniversary Edition is exclusively offered in the newly developed Racing Orange body paint, a strikingly vivid colour that marks out this special MX-5.

In addition to Racing Orange, the MX-5 30th Anniversary Edition features forged aluminium Rays wheels developed exclusively for the MX-5 in cooperation with Rays Co Ltd. and a 30th anniversary badge displaying the model’s serial number. Other unique features include orange brake calipers with Nissin brakes on the rear and Brembo brakes on the front wheels.

Inside, the bespoke feel continues with orange accents on the seats, door trim, dashboard, steering wheel, air vents and gear lever, while Recaro seats and Alcantara trim on the door trim and instrument panel add a sense of exclusivity. The 30th Anniversary Edition also features Apple Carplay and Android Auto as standard.

With the MX-5 range starting at €28,195, this limited edition convertible is available for €40,995. Commenting on the launch of 30th Anniversary MX-5, Mazda Motors Ireland Managing Director, John Perry, said: “The MX-5 is the very essence of the Jinba Ittai driver-and-car-as-one philosophy that goes into every Mazda. With its unique detailing, generous equipment levels, exclusivity and bold Racing Orange paint, the 30th Anniversary Edition is the perfect way to celebrate three decades of this iconic sports car”.

The 30th Anniversary features the new 184ps version of the 2.0 Skyactiv-G petrol engine, and available only as the roadster body-type. This range-topping special edition comes with a six-speed manual gearbox, Bilstein dampers, strut-brace and limited slip differential. The 10 units will be sold in selected authorised Mazda dealerships. 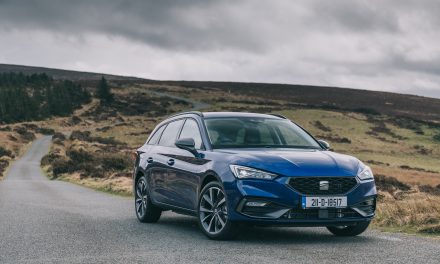 SEAT continue to soak up the VAT change plus 0% PCP Finance in April. 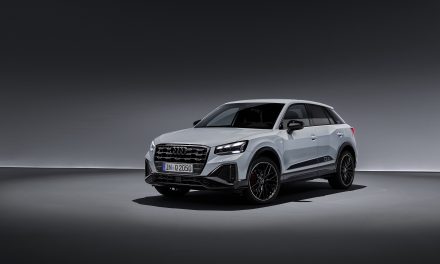 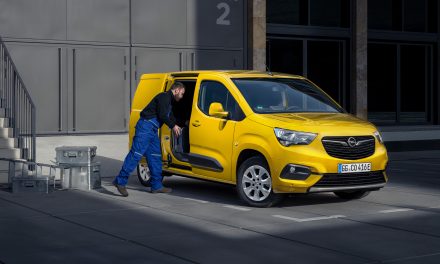 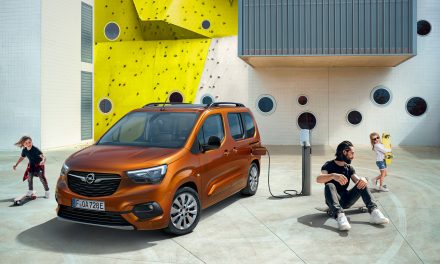