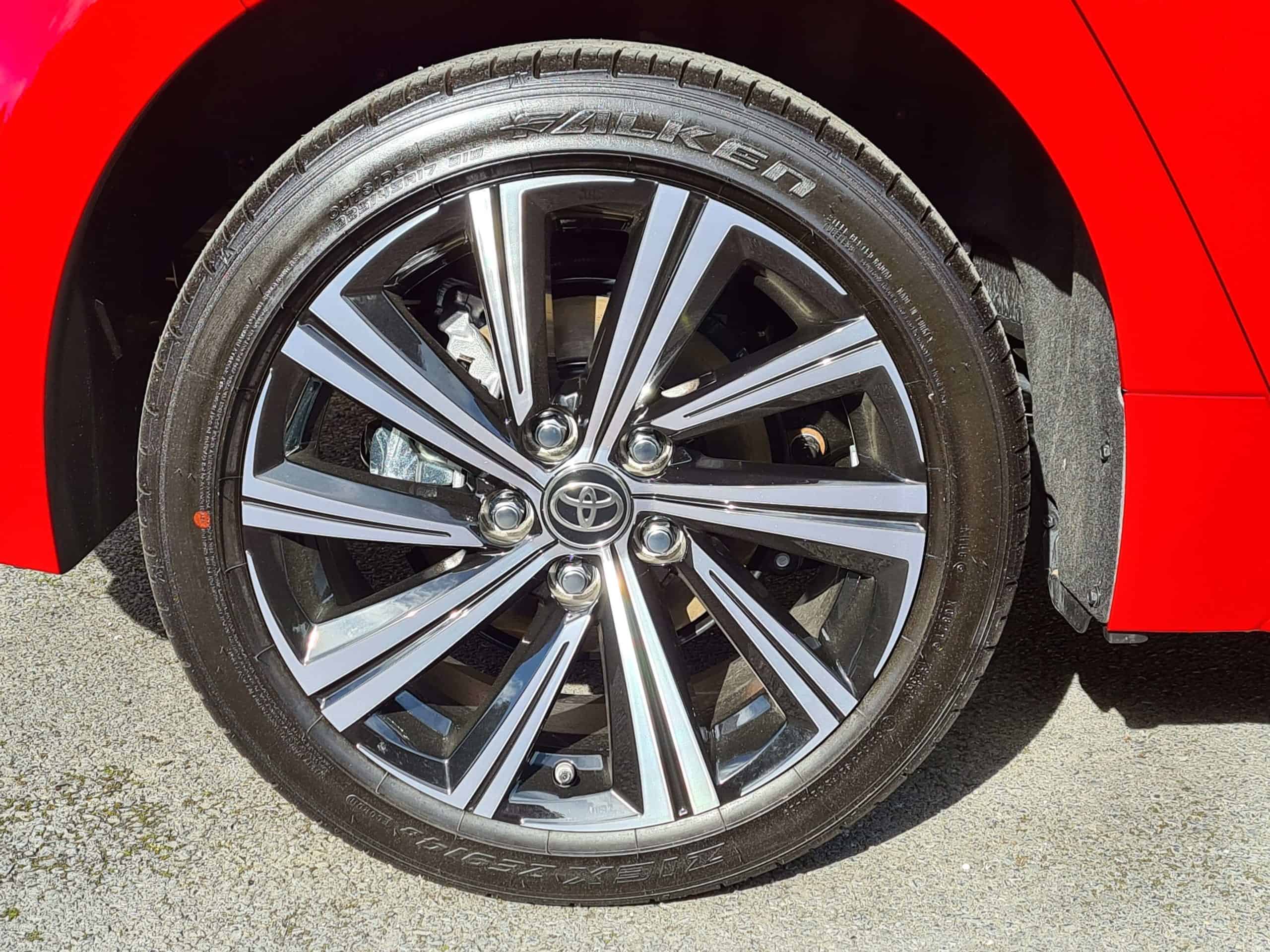 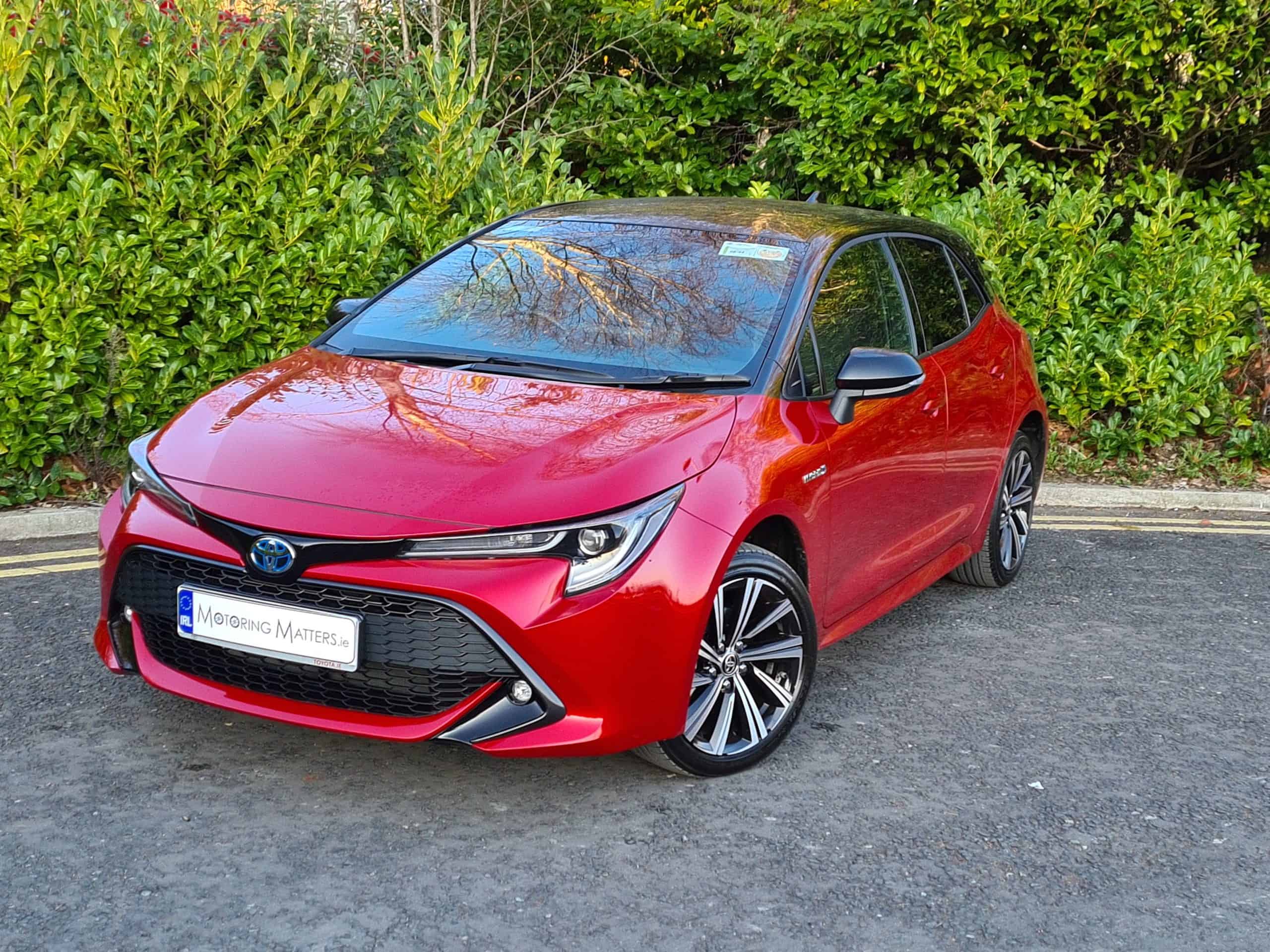 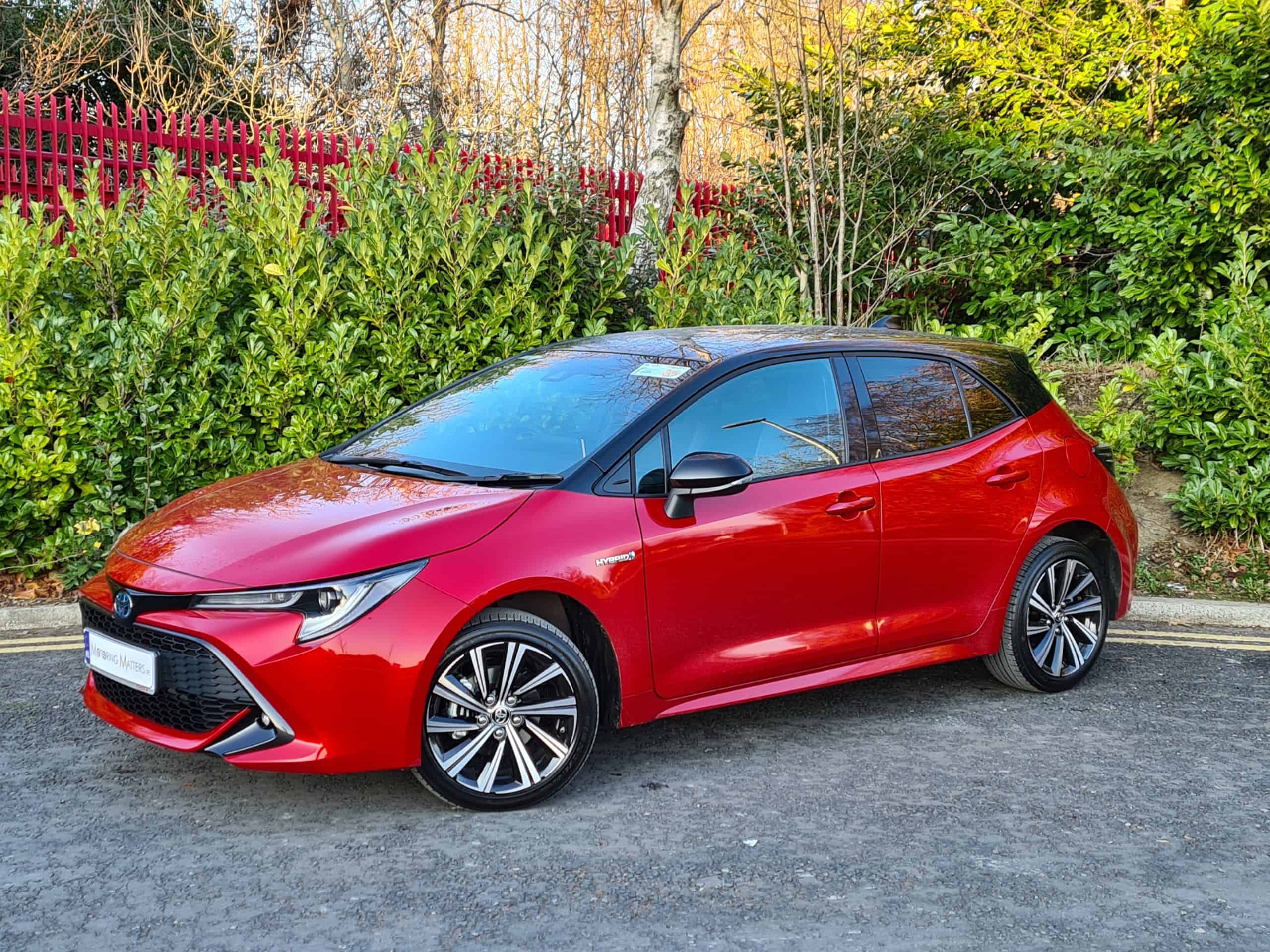 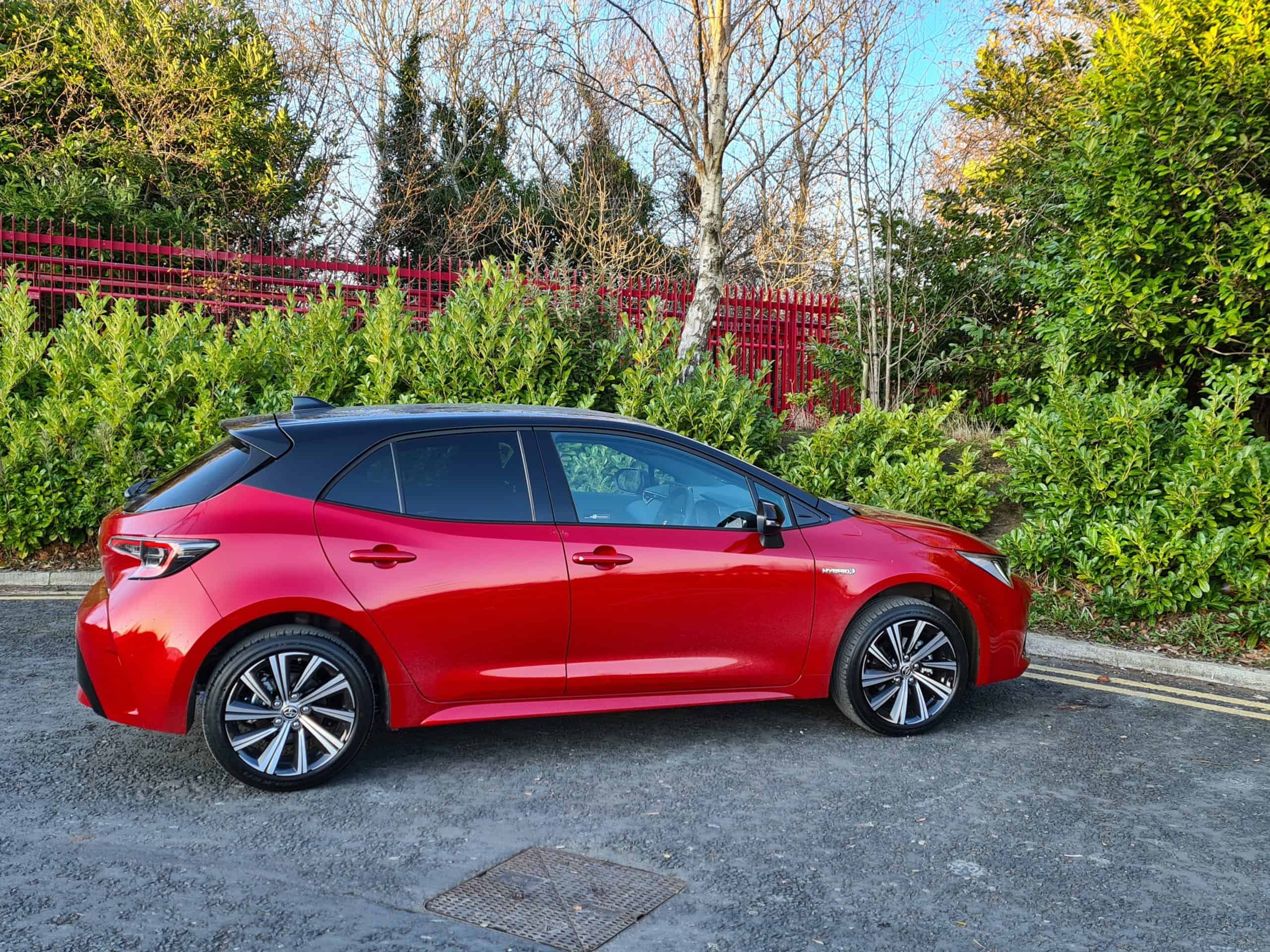 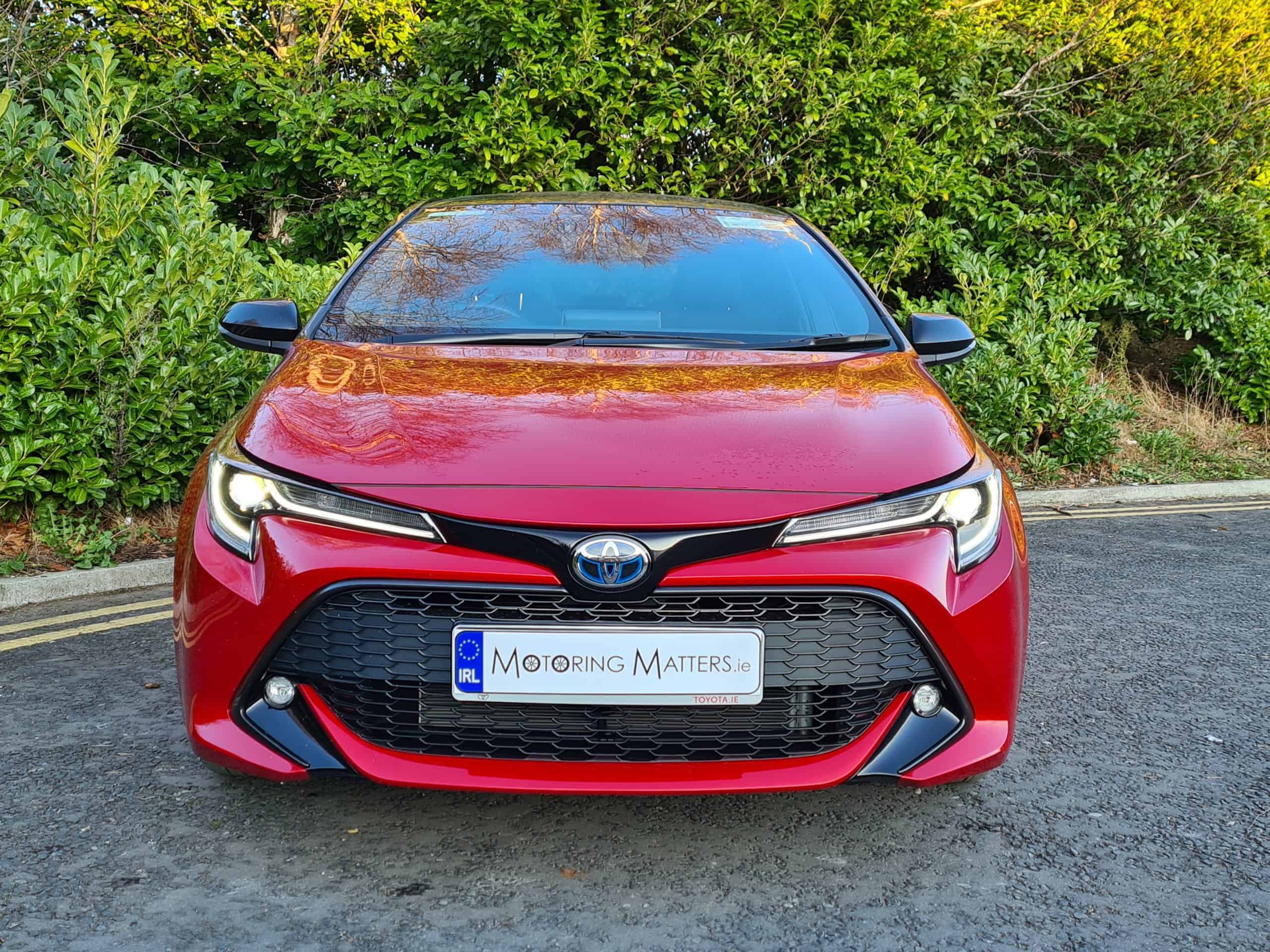 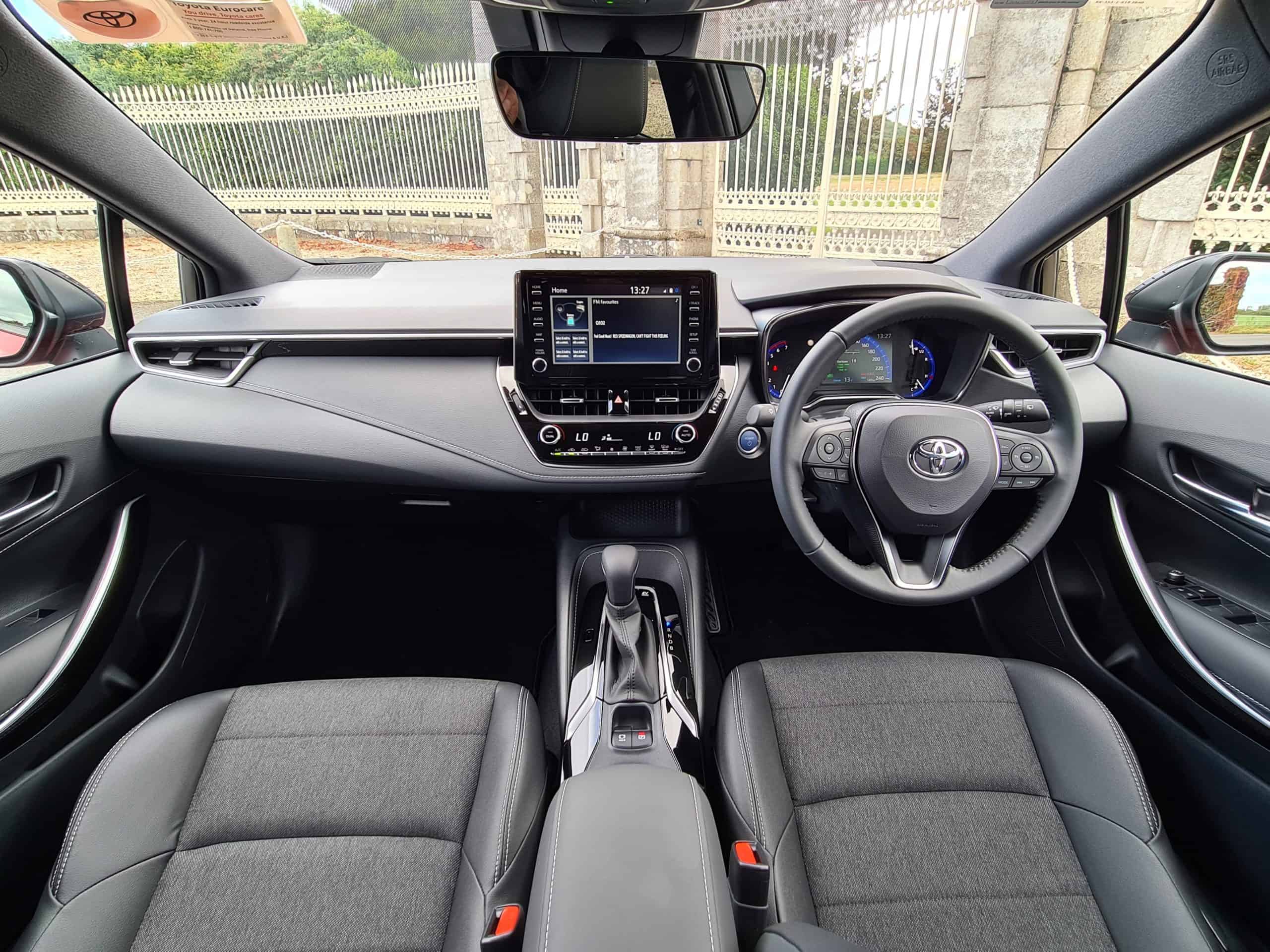 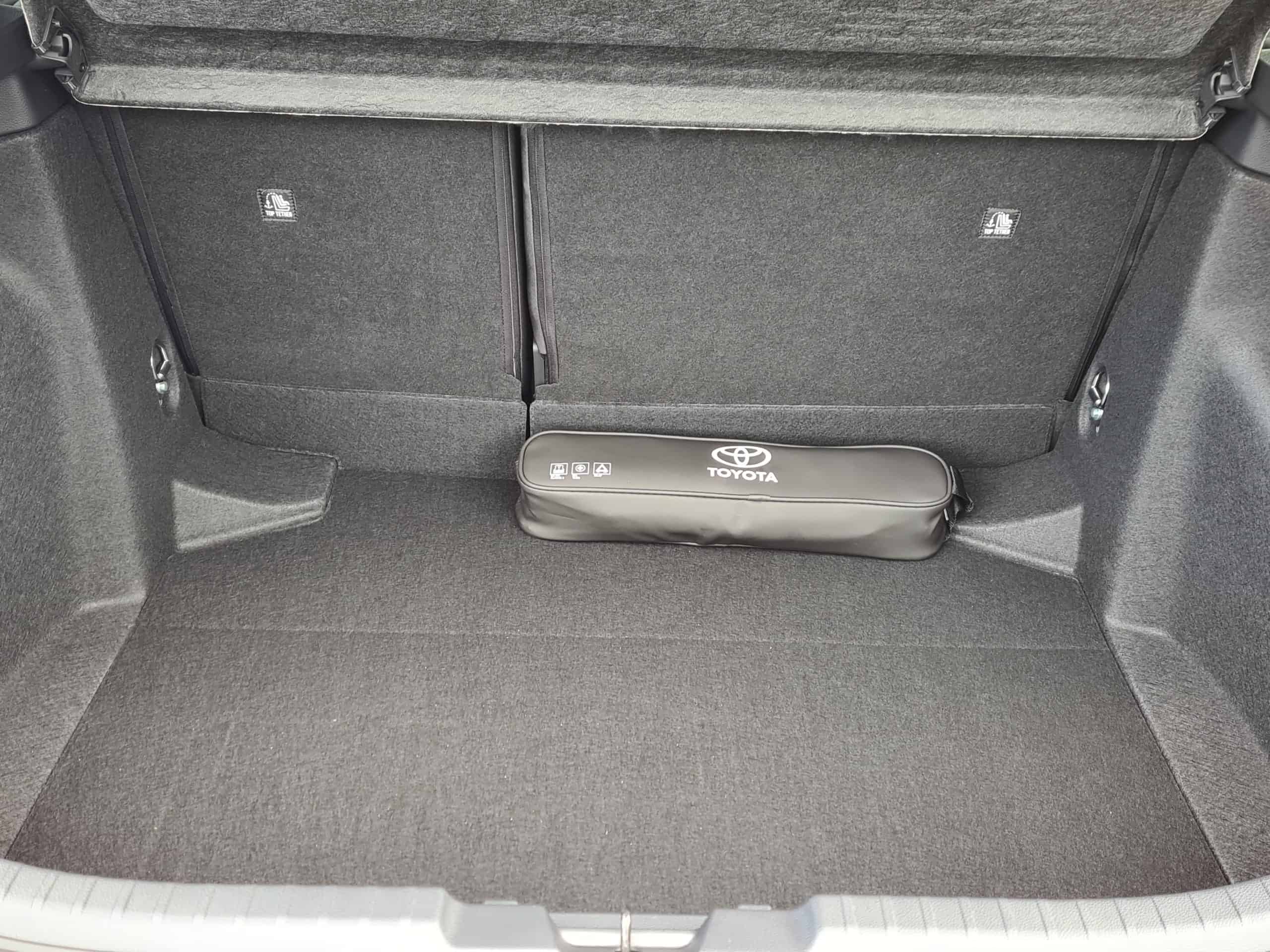 The Toyota Corolla has been around in its various generations since 1966, and although it was more recently replaced by the Auris here in Ireland, that unbroken production run has helped make it the world’s best-selling car. The Corolla’s global success is a testament to Toyota’s ability to pinpoint the needs of generations of drivers and deliver the right product to meet those needs. The new Toyota Corolla Hybrid Hatchback is a case in point, having been designed primarily for the European market, and is manufactured at Toyota’s UK plant near Derby.

There are two petrol/electric hybrid engines available in the Toyota Corolla model range – a 1.8-litre with 120bhp (all trim levels) and a 2.0-litre unit with 181bhp (GR Sport only). Powered by the 1.8-litre engine, the self-charging Corolla Hybrid Hatchback can sprint from 0-100km/h in 10.9-seconds, with this figure dropping to just 7.9-seconds with the larger engine fitted. Fuel consumption as low as 4.5l/100km is achievable on a combined driving cycle from the 1.8-litre engine, and from 5.3l/100km in 2.0-litre engine guise. All figures are measured using the latest WLTP regulations, so these figures should be realistically attainable in real-world driving.

The new Corolla Hybrid Hatchback model line-up consists of four generously-equipped variants; Luna, Luna Sport, Sol and GR Sport. Standard features from entry-level Luna grade include alloy wheels, DAB radio, Apple CarPlay & Android Auto connectivity, dual-zone climate control, rear-view camera, LED front and rear lights, electric windows and door mirrors, rear armrest, illuminated entry, dusk sensor, eCall emergency call system, and Toyota Safety Sense 2, which consists of a suite of cutting-edge safety systems for the benefit of all occupants. The latest Corolla is only available as a self-charging hybrid, and shares much of its technology with Toyota’s larger Prius, and the C-HR SUV. The Corolla is built on the same platform as its siblings, so it comes with the same 1.8-litre and 2.0-litre petrol/electric hybrid engine choices, and a standard CVT (Continuously Variable Transmission) automatic gearbox. Unlike the Prius there’s no plug-in hybrid (PHEV) option, but the Corolla does benefit from the same light and rigid platform that contributes to the appealing driving characteristics.

Striking Design – Inside and Out.

The elegant, distinctive and sharp exterior design of the new Corolla Hybrid Hatchback is similar in many respects to the larger Camry saloon and C-HR SUV, with striking alloy wheel designs and Bi-tone body and roof colour options (Luna Sport and GR Sport only) adding a dash of sportiness to the mix. Inside, the Corolla boasts a similarly modern design that is clearly laid out and constructed to the highest build quality standards. The dashboard is dominated by an eight-inch touchscreen, while a second multi-information display sits in the instrument panel. Ambient lighting lends an upmarket feel to the cabin, while fabric, part-leather and full quilted leather upholstery options are available – depending on the trim level chosen. There is generous head, leg and elbow room on offer for all occupants, and the Corolla feels bright and welcoming inside too. Boot space in the Corolla Hybrid Hatchback (with the 1.8-litre engine) is a respectable 361-litres, but this reduces to 313-litres in the 2.0-litre version thanks to a larger battery for its hybrid system, thereby encroaching on the boot floor. However, boot capacity can be greatly expanded by dropping the rear seatbacks to accommodate bulkier items.

My test car was a Corolla Hybrid Hatchback in Luna Sport specification, which was finished in stunning Pearl Red & Night Sky Black Bi-tone pearlescent paintwork for maximum impact. At low speed, the silent EV mode ensures relaxing progress – refinement is so good that even when the petrol engine does kick in, it is fairly unobtrusive when cruising around town. For drivers who spend the majority of their time on congested streets, the Corolla Hybrid will prove very easy to live with. At motorway speeds the Corolla Hybrid continues to be relaxing for all occupants, as the cabin remains insulated from the noise of the petrol/electric hybrid engine. Due to the nature of the CVT gearbox, sharp acceleration will result in a burst of high revs, but this is something that is easy to get used to – especially considering that one of the most significant advantages of having a CVT is that they are known to be more fuel-efficient than a regular automatic transmission. Moving the gear selector into the regenerative braking ‘B’ mode increases the amount of energy recovered while decelerating, and this energy is fed back to the battery for even greater efficiency. The Corolla’s chassis is far more impressive than that used in the Auris as it offers a great balance between ride comfort and body control, and it really is good enough to be considered alongside class-leading rivals, such as the Ford Focus and VW Golf. MacPherson strut suspension at the front and a multi-link rear axle mean the Corolla keeps pace with the best-in-class in mechanical terms too. The Corolla’s wheel-at-each-corner stance, along with its dynamic platform, provide the car with the ability to tackle corners in an entertaining fashion, while remaining composed and comfortable when driven over rutted road surfaces. Toyota’s hybrid systems are based around a small battery with self-charging functionality, as opposed to the plug-in hybrid (PHEV) technology used by many of Toyota’s rival brands. As a result, Corolla owners can get the best from the engines without having to plug in overnight, which is ideal for those who aren’t able to charge a car at home.

The new Toyota Corolla Hybrid Hatchback is a return to form for Toyota in the fiercely-competitive family car segment. The Corolla offers great refinement, excellent driving dynamics, fantastic build quality and super-efficient hybrid powertrains, along with stylish good looks and an enviable reputation for reliability. The Toyota Corolla Hybrid Hatchback range is priced from just €27,605 and comes complete with Toyota’s comprehensive 3-year/100,000km warranty, along with a 5-year/100,000km warranty on hybrid components. 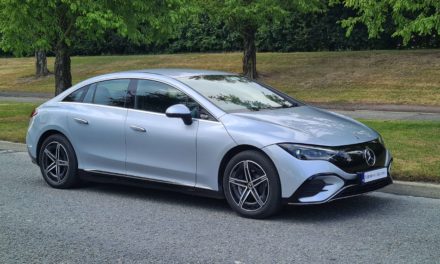 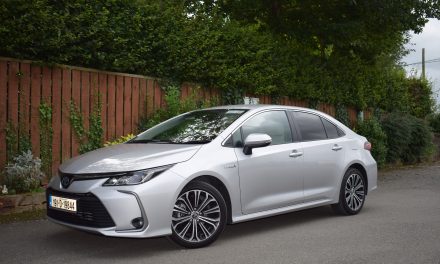 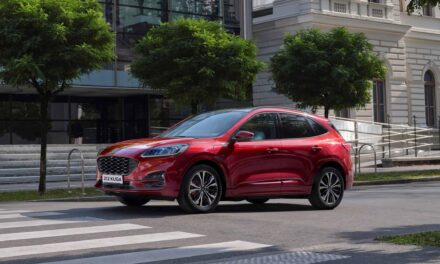 Ford New Car Offers For 212 – Don’t Miss Out On These Tempting Offers. 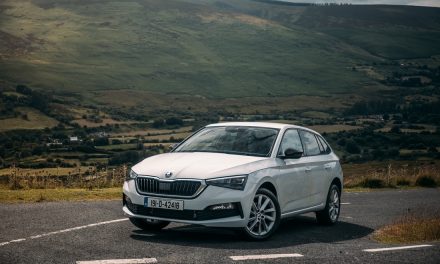