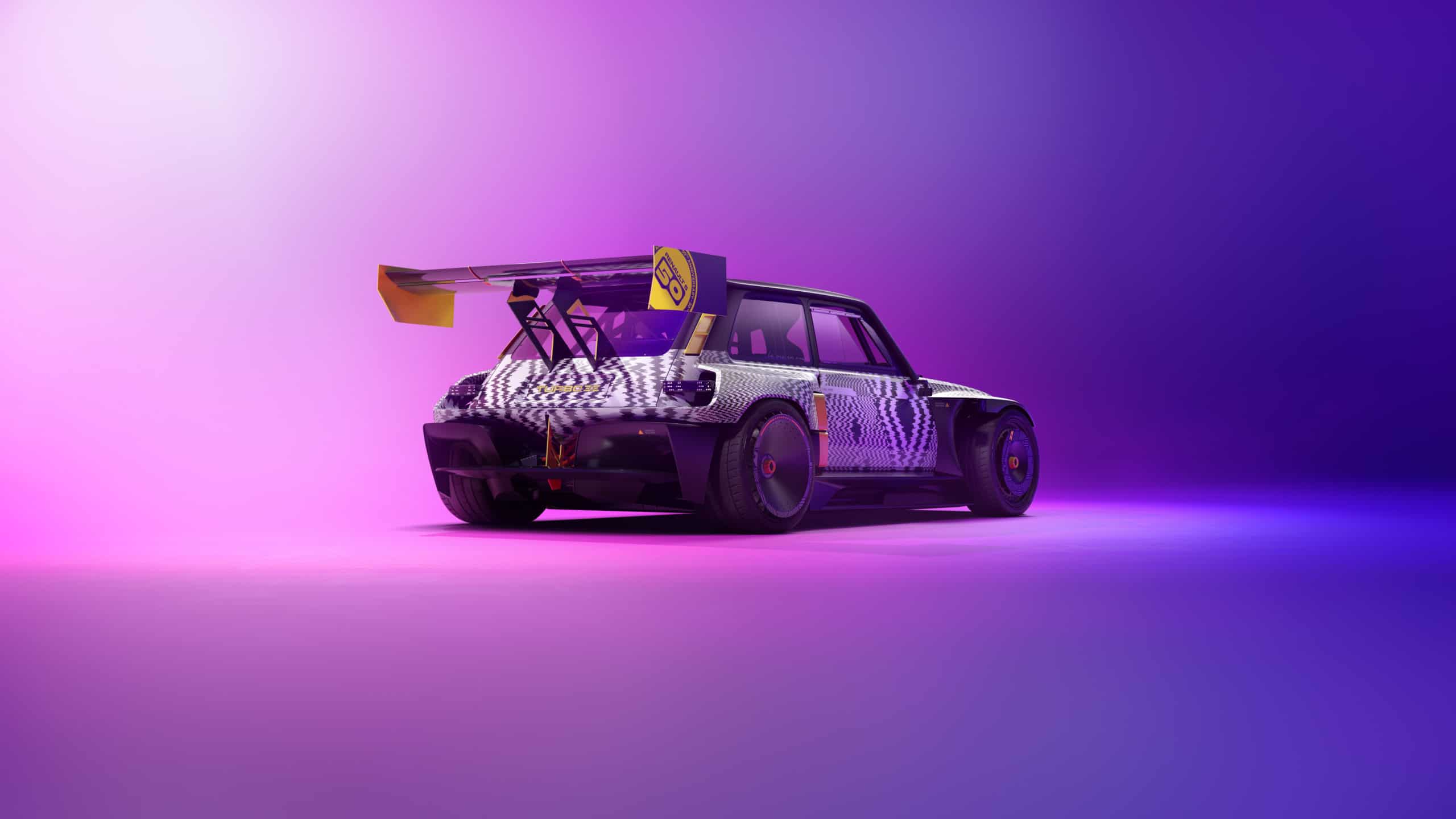 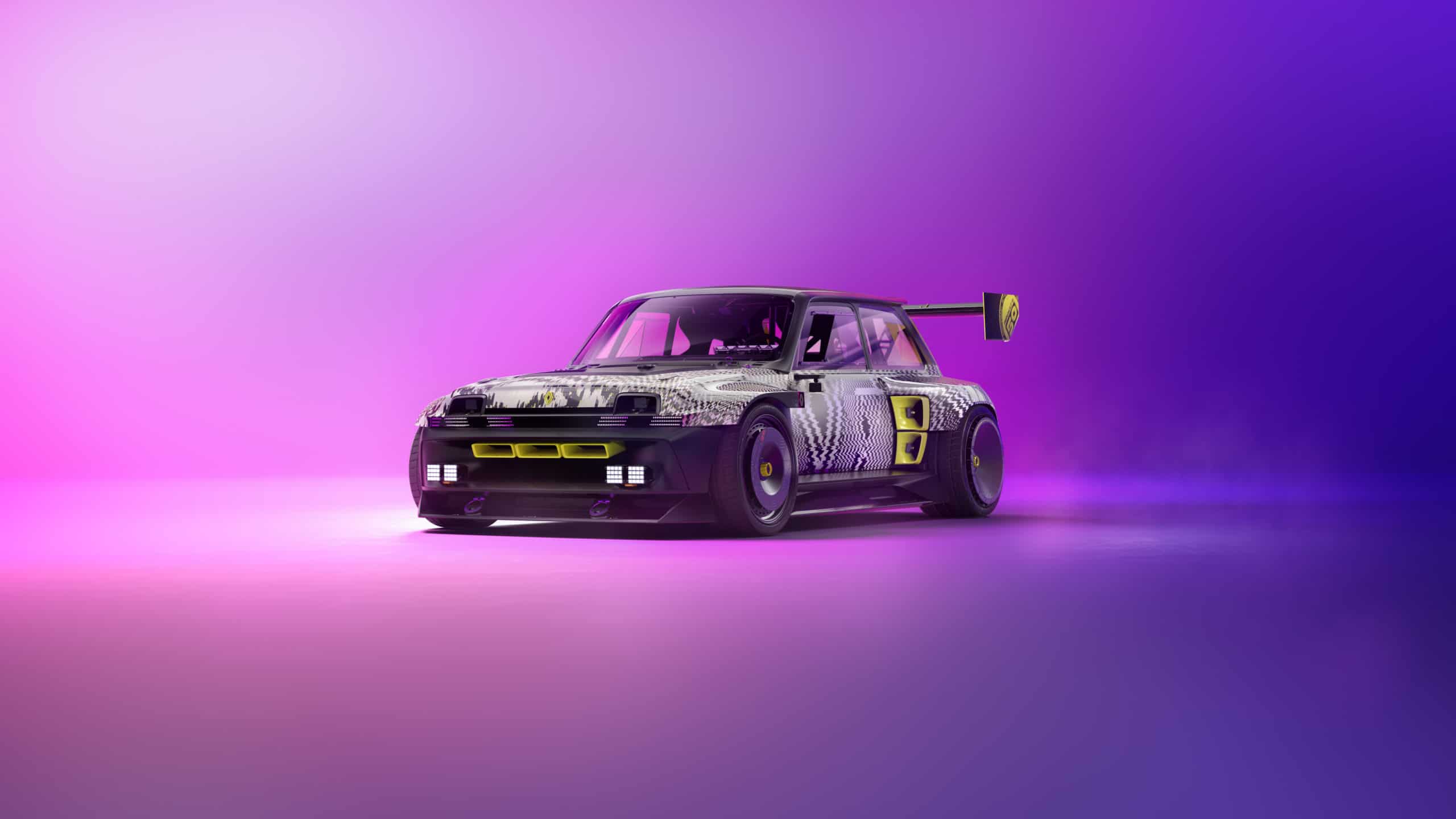 Renault promised “a pop year full of surprises” when it kicked off the 50th anniversary celebrations in January 2022 for the Renault 5, one of its most prominent icons. Renault took part in the Rallye Monte-Carlo Historique, Rétromobile motor show, Le Mans Classic and other festive jamborees before then unveiling its Renault 5 Diamant electric show-car. Now the brand will stage the R5 TURBO 3E’s worldwide premiere at the Chantilly Arts & Elegance 2022 contest, taking place on 25th September.

This all-electric show car’s contribution to the Renault 5’s 50th anniversary celebrations is a contemporary take and tribute to the most celebrated sports versions – the Renault 5 Turbo and Turbo 2. It has been named R5 TURBO 3E because it follows the Turbo 2 with the “E” standing for electric.

Renault’s Vice-President Design, Gilles Vidal said, “Renault 5 TURBO 3E combines ultra-tech design and wilful exuberance with numerous references to the world of car racing and video games. This combination propels the show car into modernity and technology, and it’s at the frontier between the real and virtual realms. This pure electric “drifter” demonstrates that electric cars can also be fun with incredible performance!”

R5 TURBO 3E is another example, alongside the Renault 5 Prototype, of the “electric rebirth” of a flagship model of the brand. Renault is electrifying its history to better prepare its all-electric future in Europe by 2030.

This reinterpretation of the Renault 5 Turbo 2 is deliberately exuberant and its performance is at the top of its class. It will be a show-stopper at the elegance contest  in Chantilly, and a perfect fit for this gathering’s ethos, a blend of “the automobile of the future and fashion.”

During the parade, the model and driver accompanying the R5 TURBO 3E will wear previously unreleased suits created by La Fameuse, a fashion designer that has built a name for himself by turning existing garments into one-of-a-kind sporty and classy apparel. These suits use Renault’s vintage signs and colours and will feature original logos and branded T-shirts, combined with today’s style. They were designed as contraries and counterparts: white for the woman and black for the man, with the opposite colour on the arm and leg bands; with X-shaped insets on the woman’s legs and diamond-shaped insets on the man’s legs. The fabric is padded to befit the sportwear universe and combined with a printed Renault monogram.

A HIGH PERFORMER DESIGNED TO DRIFT

R5 TURBO 3E is engineered for performance and tracks. It’s an all-electric, rear-wheel drive, pure drifter. Like its iconic predecessor, it is strictly a two-seater. However, the rear now houses the powertrain – two electric motors, each moving one of the wheels, with the batteries in the middle under the floor.

R5 TURBO 3E is built on a tubular chassis, protected by a flat base and shielded by roll bars approved by the Fédération Internationale de l’Automobile (FIA). The motor has 280 kW (eq. 380 hp) of total power and 700 Nm of instantly available torque.

This new-generation R5 Turbo 2 can reach a top speed of 124mph. Its 42 kWh battery has plenty of capacity for several laps or a raging gymkhana. In these situations, it has a 50-plus steering angle so it’s easier to dodge obstacles.

To record the R5 TURBO 3E performance, it comes with 10 mounting brackets for cameras inside and outside – for instance in the slots for the headlights and for the exterior mirrors, which are perfect to get the best footage of its drifting prowess.

“A work of art with exaggerated lines, inspired by the videogame universe, with hints at the Renault 5 and Renault 5 Turbo inside as much as out.” This was the brief handed to the teams working with Sandeep Bhambra, Chief Designer for Renault concept cars, for the R5 TURBO 3E show car.

The bonnet, doors and cockpit are the same shape as their predecessors – but this time the body is made of carbon fibre. R5 TURBO 3E, in other words, is unmistakably part of the dynasty. It also has a fresh take on the Turbo 2’s iconic air inlets on the rear fenders. It is 2.02 metres wide (25 cm more than its forbear), 4 metres long and 1.32 metres high. Its most striking feature is its huge rear spoiler that pulls the car to the ground, even on the wildest drifts.

The large air inlets on R5 TURBO 3E’s front bumper cool the engine and add downforce. The three vertical sections are instantly reminiscent of the Renault 5 Turbo 2’s bumper. The square fog lights look a lot like the ones “back in the day” – but now there are four and each contains 16 LEDs.

There are also pink, blue and yellow LED strips at the front and rear, which flash when the car drifts, adding a 1980s and 1990s videogame vibe. Retro videogames also provided the inspiration for the camouflage stickers adorning the body. Lastly, the Plexiglass windows are pink and a sticker reading “La vie en rose” on the rear left window adds a sweet je-ne-sais-quoi to this show car’s appearance.

The hints at history in R5 TURBO 3E’s design are the opposite of nostalgic. On the contrary, by their contemporary and playful treatment, they propel the show car into modernity.For example, the air inlet on the bonnet – another wink at the Renault 5 Turbo 2 – houses the opening for the battery charging socket. And the see-through parts of the body – especially the ones above the taillights – provide windows to admire the show car’s electric mechanism.

Inside the R5 TURBO 3E show car, the mood is a present-day and cheerful combination of hallmarks from motorsports, videogames and, of course, the Renault 5 and Renault 5 Turbo 2 icons and their time.

The carbon fibre racing bucket seats, safety harness and steering wheel are the result of teamwork with Sabelt1 . The imposing upright handbrake lever – a drifter car mainstay – in the middle of the centre console that is eminently “pop” yellow. The same yellow intertwines with pink to add sparkle to the grey and black tartan – a tip of the hat to the 1980s – on the seats and dashboard. The tartan in turn produces a visual effect based on the Renault logo. There is also a logo – which lights up this time – on the steering wheel hub. All these colourful touches also contrast with the black cork floor and Alcantara lines the top of the dashboard and the door panels.

In a modern twist on one of the Renault 5 Turbo 2’s instantly recognisable features, the 10 analogue dials facing the driver have been replaced by 10 digital screens on R5 TURBO 3E’s dashboard. They work like widgets and look a lot like Pixel Art2  and Glitch Art3 , which seem to have leapt out of the retro gaming universe. For example, to start the car, you have to push the “Free play” button on the centre console. Likewise, the various driving modes have been renamed “Turbo” (for drifting), “Track invader” (for playing), “Donut” (for 360° spins) and so forth.

The final touch showing that R5 TURBO 3E doesn’t take itself too seriously is a teddy bear called Drifty. He is there to relax and comfort passengers overwhelmed by the show car’s muscle.

A REAL OBJECT IN VIRTUAL WORLDS

Besides being a very real car, the R5 TURBO 3E show car is also a sign of its times. Its digital double will spring to life in the universe of virtual games in the Web3, the decentralised Internet where online platforms and services use a model based on blockchain. A collection of NFTs (Non Fungible Tokens) based around the vehicle will also be available and people who own these digital assets will be offered exclusive advantages and rewards.

After the elegant contest in Chantilly, R5 TURBO 3E will be on display on Renault’s stand at the 2022 Paris Motor Show (from 17th to 23rd October). More details on this show-car’s symbolism will be provided at the event.

Length: 4.006 m including the rear spoiler 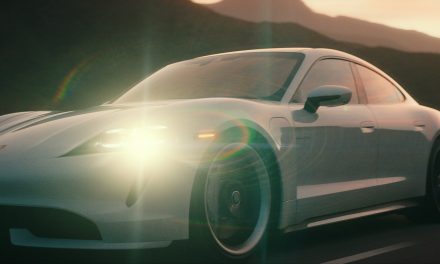 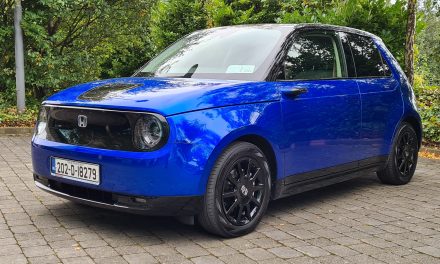 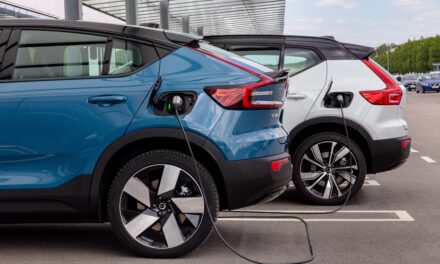 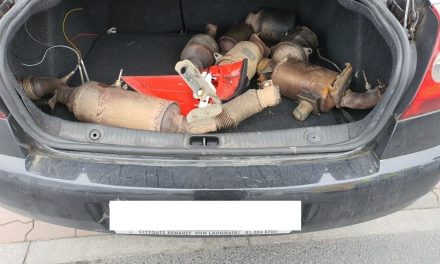