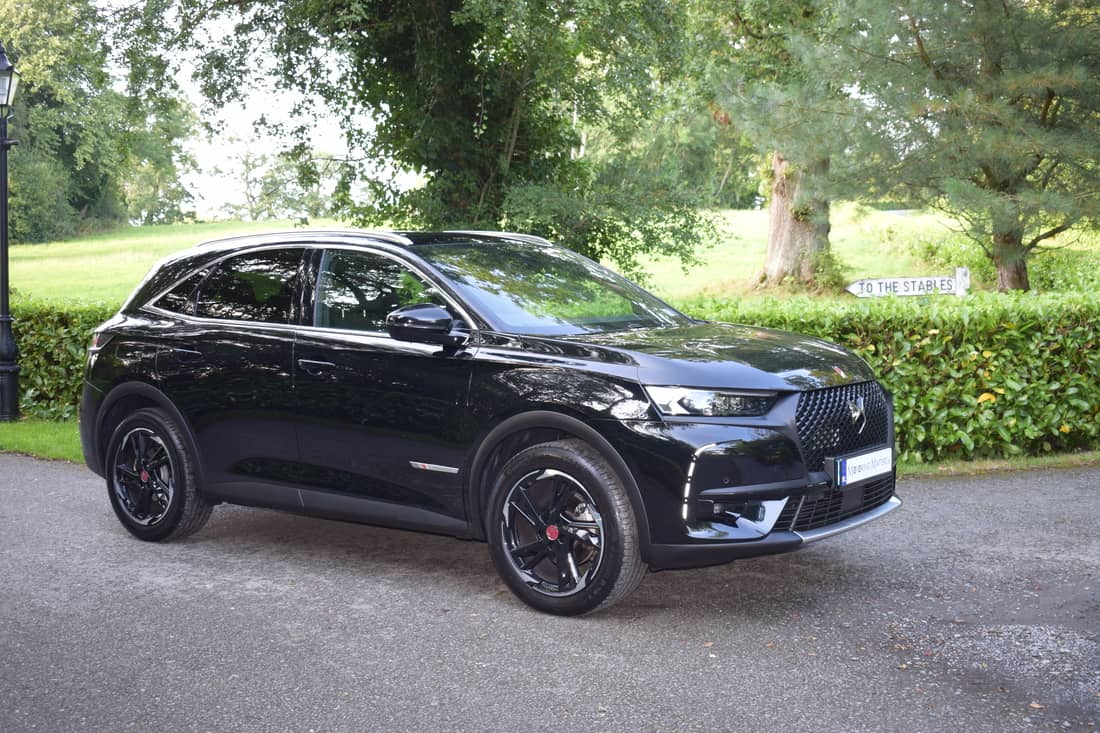 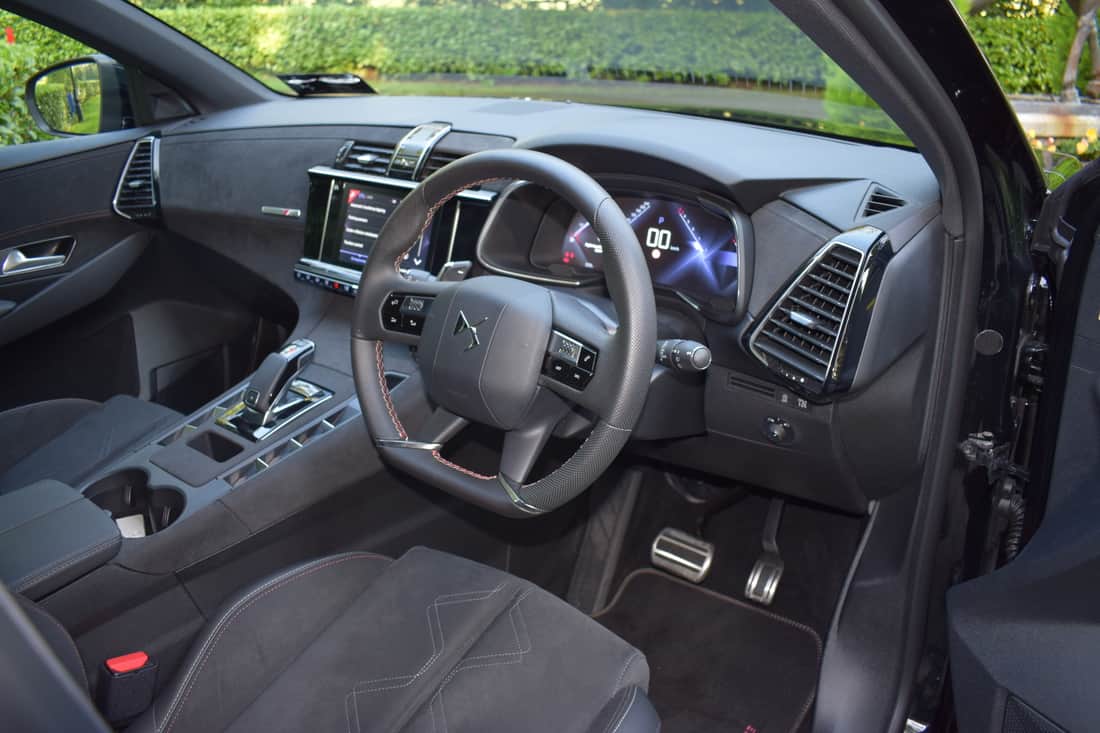 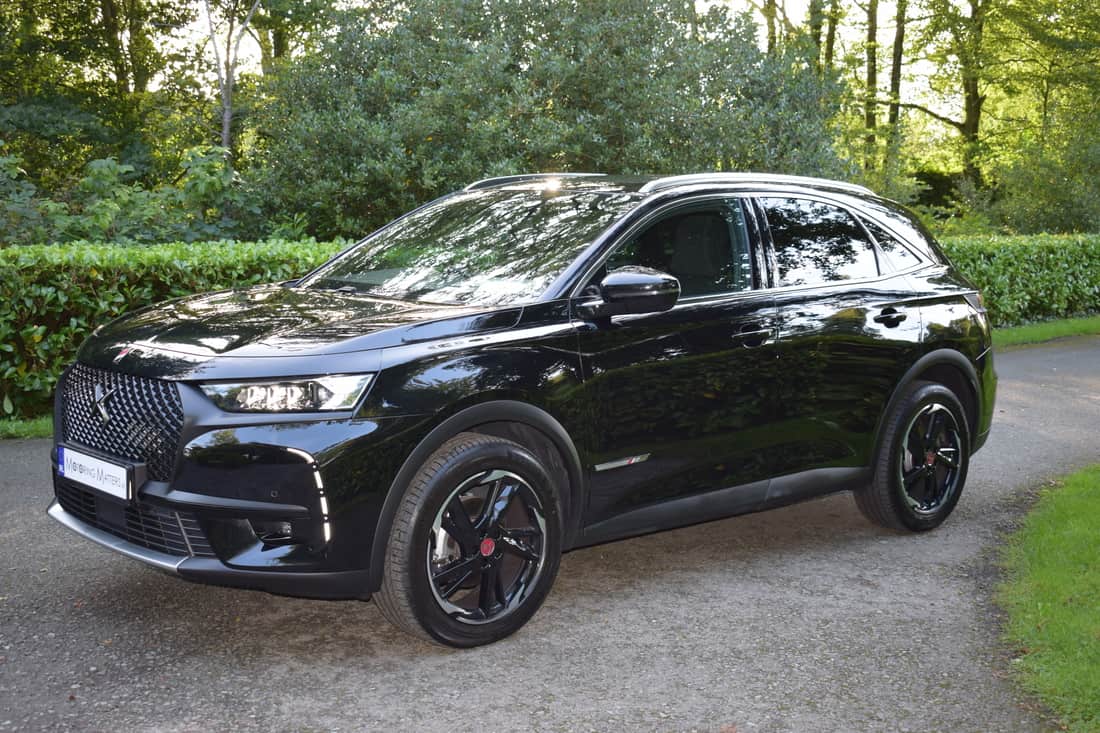 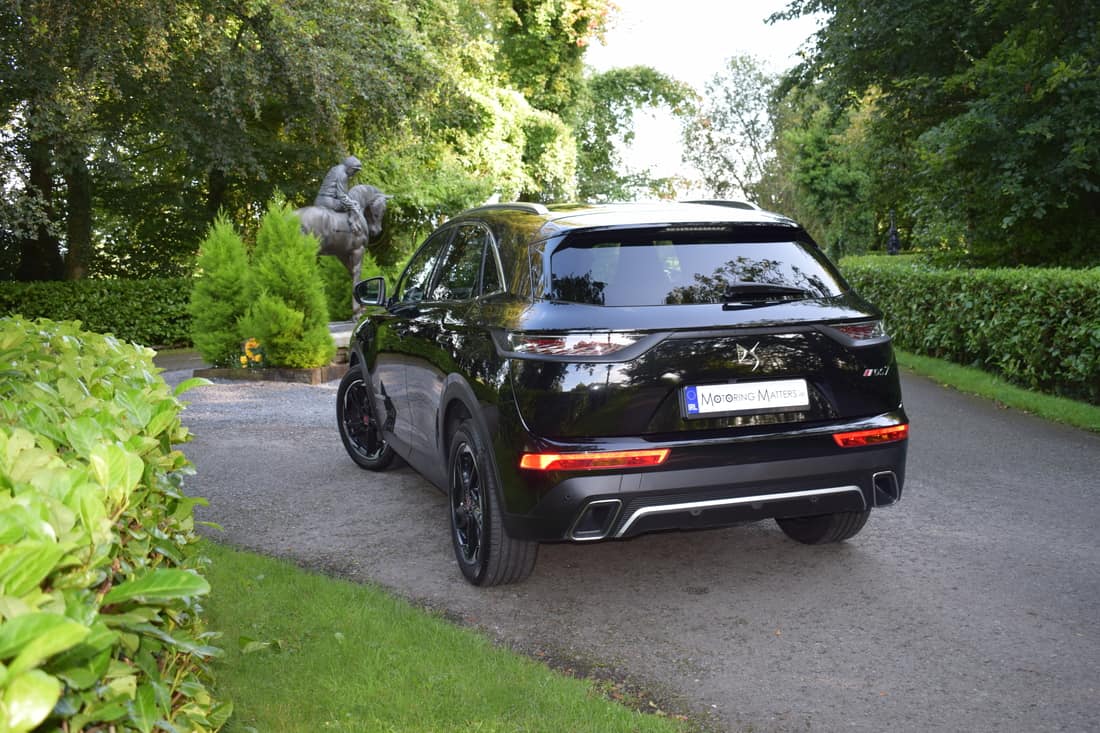 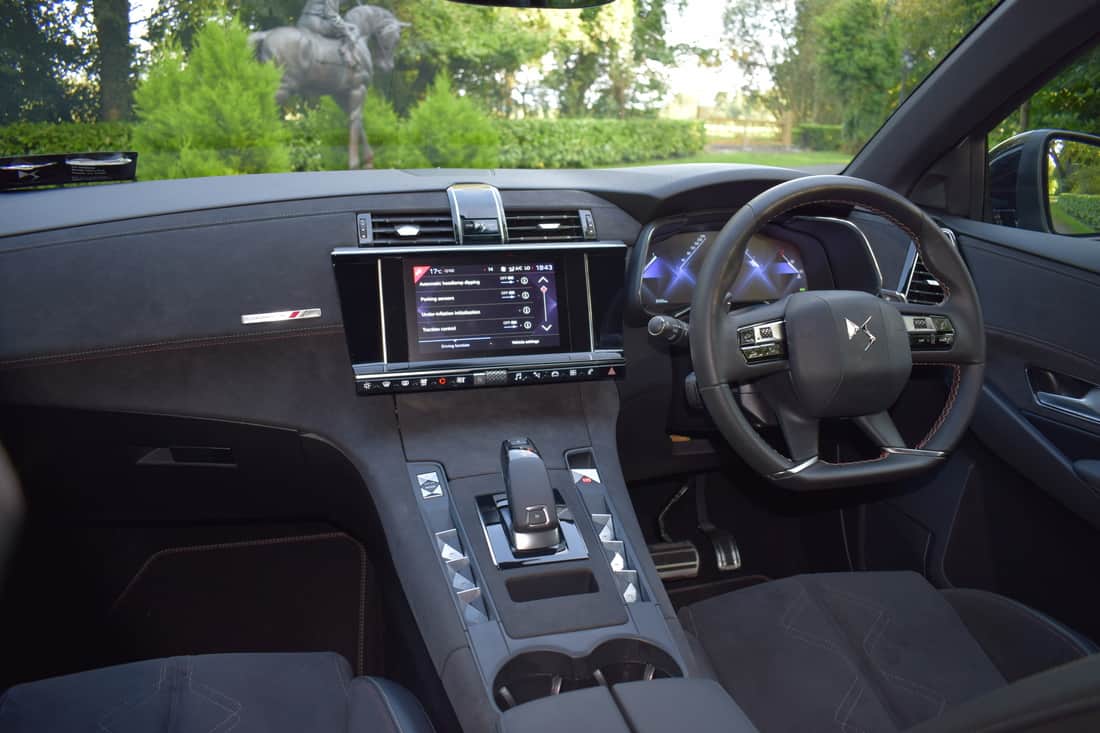 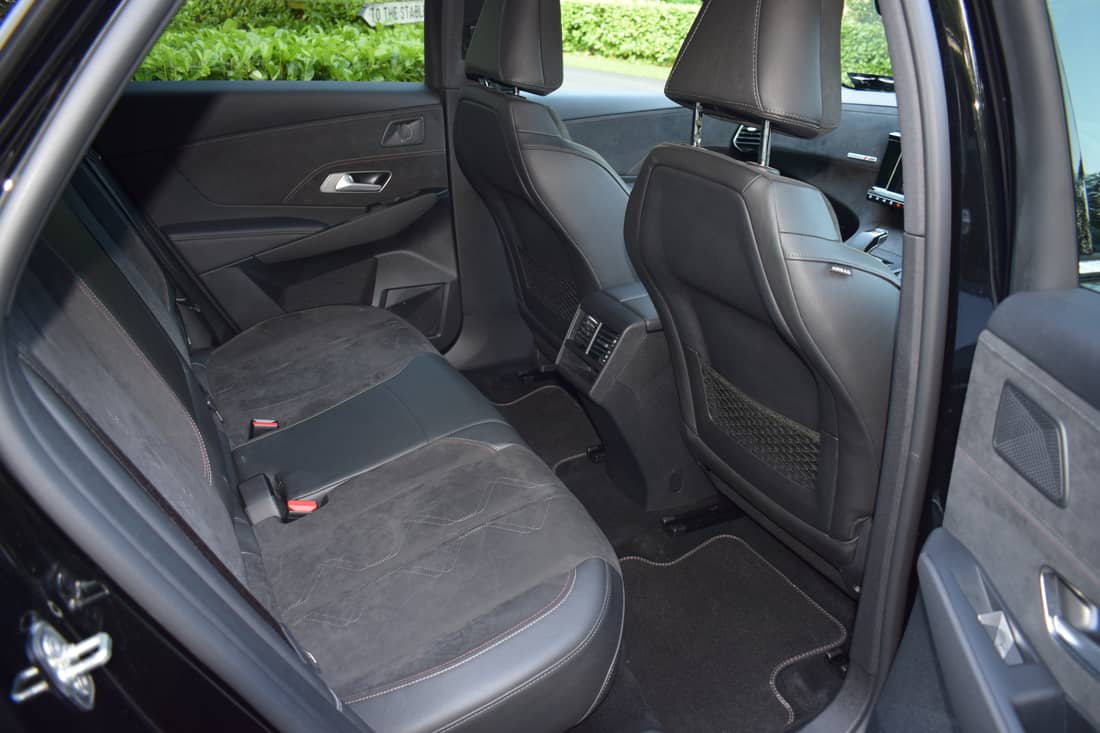 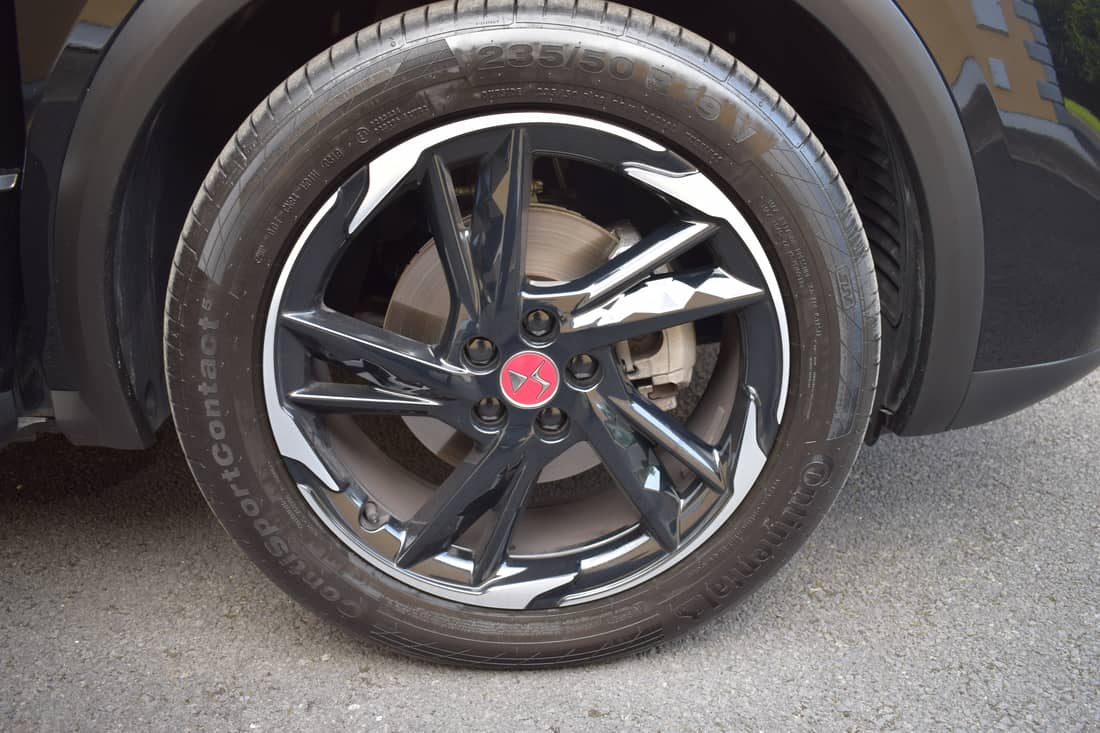 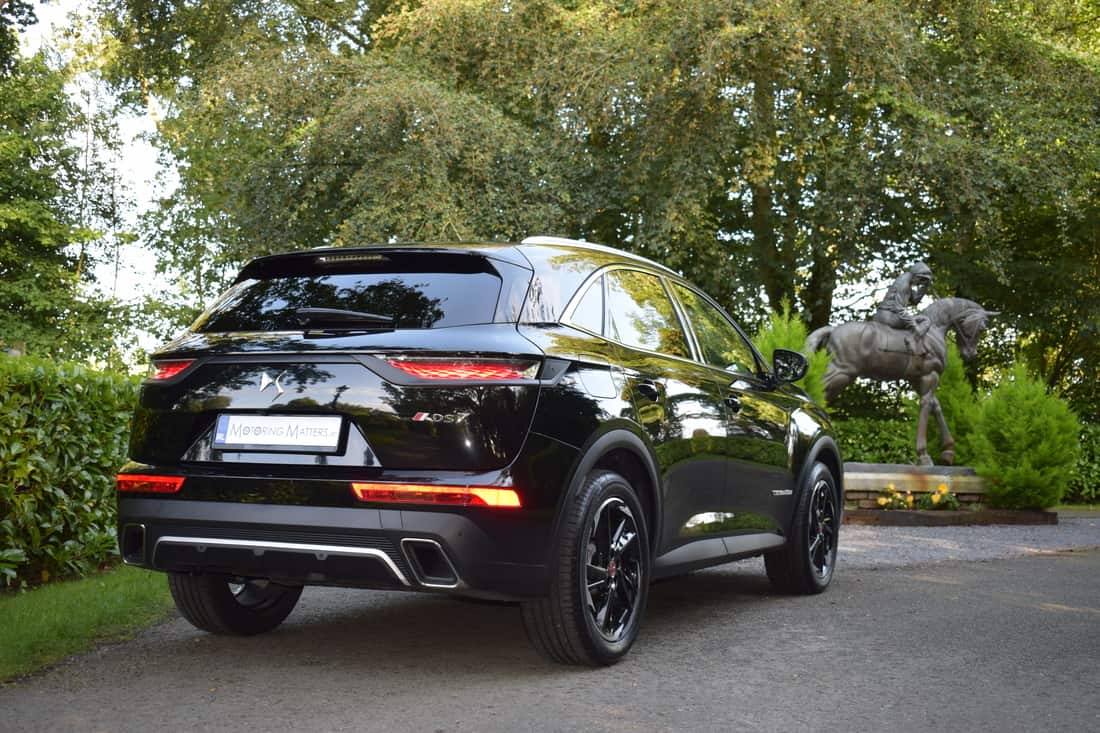 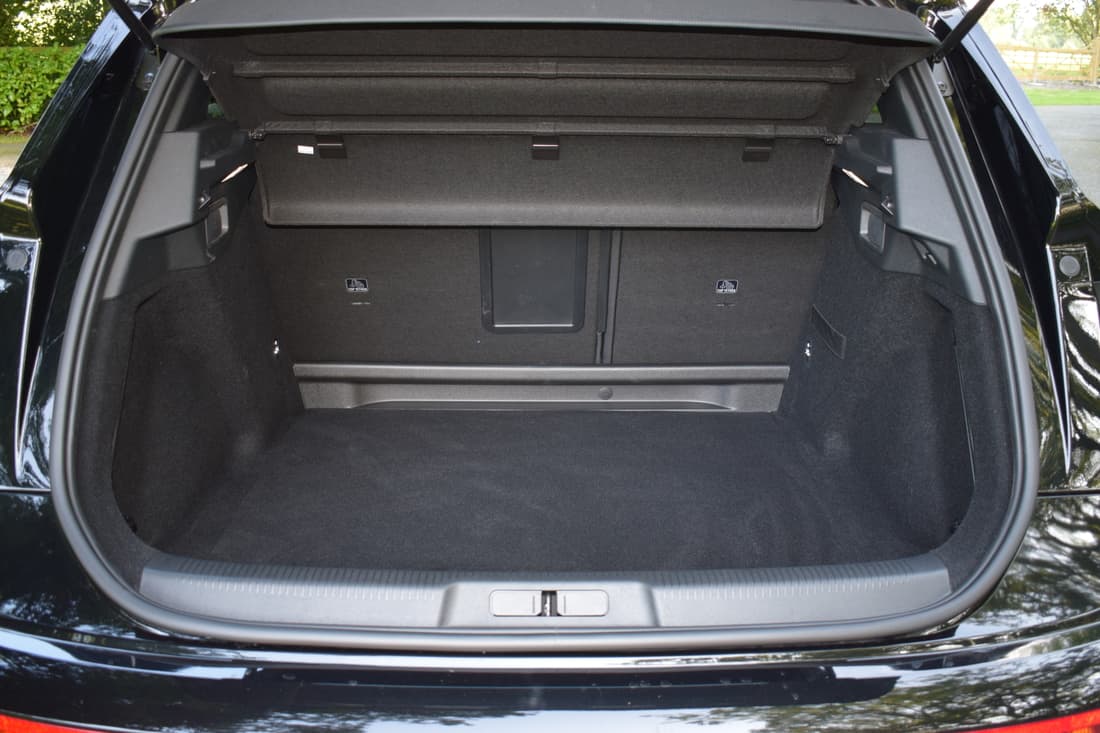 The French car manufacturer, DS Automobiles, is building its brand on the original Citroën DS of 1955. That car was a technological masterpiece and one that Citroën quite rightly holds up as one of its greatest ever cars. One of its hallmarks was the way it drove and rode – there was nothing that could compete with its hydropneumatic self-levelling suspension, brakes, steering and clutch. When Citroën decided to launch a range of new upmarket models in 2010 it turned to the DS name, and initially offered its cars with dual Citroën and DS badging. Then in 2014 the DS models were separated from Citroën with the company believing DS could stand on its own two feet as a separate brand. DS Automobiles became the third brand in the PSA Peugeot Citroën Group and was tasked with chasing other premium brands like BMW, Volvo, Audi and Mercedes-Benz.

The recently launched DS7 CROSSBACK is the first true DS product in its own right, and sits on the PSA Group’s EMP2 platform which is shared with the PEUGEOT 5008 and Citroën C5 Aircross SUV’s. Boasting a clean, crisp and thoroughly modern look, the new DS7 CROSSBACK certainly has a premium, upmarket appearance, while the car’s well-appointed and classy interior features eye-catching materials, buttons, switches and controls to complete the upmarket feel.

Competitors to the new DS7 CROSSBACK include the likes of the Volvo XC40, Audi Q3, Jaguar E-Pace, BMW X3, and Range Rover Evoque, while the new DS is one of the tallest cars in it’s class, and boasts a longer wheelbase than many of its rivals too. DS thinks its cars, and its brand, are the automotive equivalent of other high-end French names like Chanel and Hermes, and its ‘French couture’ products offer something different from the German, Swedish, and British norm.

To stand out from its talented competitors, the DS7 has suspension that ‘reads’ the road ahead plus other technology like night vision and a head-up display on some models. Available on some models, the Active Scan Suspension uses a camera that scans the road ahead and if it spots a pot hole or bump, it tweaks the suspension accordingly. It’s the type of technology normally found on high-end cars like the Mercedes-Benz S-Class. DS has worked on the finer details to make the DS7 uniquely desirable – the LED lights, for instance, glow purple when you approach the car and the individual LED elements swivel around when the car is unlocked. The rear lights feature a distinctive diamond design pattern (the diamond design is repeated throughout the car), while inside some models have a clock on the dashboard made by up-market French watchmakers B.R.M. – press the start/stop button and the clock rotates into view out of the dash. So confident is the PSA Group in DS Automobiles, it will be the first brand in the PSA Group to get plug-in hybrid technology. DS’s involvement with the Formula E championship will finally be realised in the production car range with the DS7 CROSSBACK E-Tense. Launching late in 2019, it will be the performance option in the line-up and will use a 200bhp 1.6-litre turbocharged petrol engine and a 110bhp electric motor on each axle, making it the only four-wheel drive DS7.

Engine options in the new DS7 CROSSBACK consist of a 1.2-litre, and a 1.6-litre, PureTech petrol engine with 130bhp and 180bhp respectively, while diesel powered options include 1.5-litre, and 2.0-litre, BlueHDi turbo-diesel units. The 1.2-litre PureTech engine produces 230Nm of torque and is mated to a six-speed manual gearbox, while the larger petrol engine produces 250Nm, and is available only with an 8-speed (EAT8) automatic transmission. With the BlueHDi units, the 1.5-litre engine is available with either manual or automatic gearbox options, while the 2.0-litre comes with the EAT8 gearbox as standard. Producing 300Nm and 400Nm of torque respectively, the BlueHDi engines offer terrific pulling power and outright performance, while returning exceptionally good fuel economy too.

The new DS7 CROSSBACK is available in four trim levels – entry-level Elegance, Performance Line (the sporty choice), Prestige (the posh choice) and Ultra Prestige (the extra-posh choice). All models are well equipped with even the Elegance getting 18-inch alloy wheels, LED front foglights with a cornering function, an eight-inch touchscreen, rear parking sensors, and a leather-covered steering wheel and gearknob, along with a host of safety features.

My test car was a DS7 CROSSBACK ‘Performance Line’ BlueHDi 180 EAT8 and was finished in elegant Perla Nera Black metallic paint for a truly executive look. Performance Line specification – befitting of its sporty status – comes with key features such as gloss black exterior trim, and the interior features Alcantara on the seats, door panels and dashboard. Also included are heated front seats, a 12-inch HD touchscreen, digital dials, DS Connected Nav satellite navigation, LED headlights with DS Active LED Vision, 3D LED rear lights, dynamic indicators front & rear, 19” ‘Beijing’ Black Onyx diamond-cut alloys, tinted glass, and an AGR-certified ergonomic driver seat, while the amazing Active Scan Suspension comes as standard equipment only with the BlueHDi 180bhp engine. Regarding the interior of the car – much like a good tailor – the DS 7 CROSSBACK will let you find the style that suits you most with four inspirations to choose from. Clearly differentiated, these inspirations incorporate the noblest of materials, used generously to provide a unique interior with a premium custom feel. The car’s tall, rounded roof means that headroom is good for all occupants, with excellent levels of leg and elbow-room also available for all five occupants. Boot space is equally impressive, with 555-litres available with the rear seats in place, and up to 1,752-litres on offer when the rear seats are folded flat – all of which can be easily accessed via a wide and low opening. When viewed from the front, I found that my test car somewhat resembled an Audi Q5 with its large hexagonal grille, while the horizontal LED daytime-running-lights placed into the car’s front apron look fantastic, and provide the car with a distinctive design flair. At the rear, the car’s signature 3D LED tail-lights are a real attention grabber, while chunky black cladding injects a degree of ruggedness to the mix.

On the road, my DS7 CROSSBACK test car made great use of the 180bhp and whopping 400Nm of torque available, by providing swift forward motion with even the slightest push of the accelerator pedal. Body control in corners is well composed, with the car steering with great precision, and strong brakes providing quick and accurate deceleration when called upon. Capable of sprinting from 0-100km/h in just 9.4-seconds, the refined and punchy 2.0-litre turbo-diesel engine can reach a top speed of 214km/h (where permitted), and is capable of returning fuel economy of up to 57.6mpg on a combined driving cycle, while costing just €270 for an annual road tax disc.

Overall, the new DS7 CROSSBACK is a super-stylish, practical, versatile, refined, and very spacious SUV, with a luxurious, high-quality interior, and is powered by a range of modern, and fuel-efficient engines. Created by DS to tackle its German, Swedish, and British rivals head-on, the new DS7 CROSSBACK is a welcome entrant into the crowded mid-size luxury SUV market, and brings with it a ‘Different Spirit’ that harks back to the wonderful Citroën DS of 1955. Priced from €36,000 (ex-works), the new DS7 CROSSBACK comes with the reassurance of a 5-Year, unlimited mileage warranty as standard. 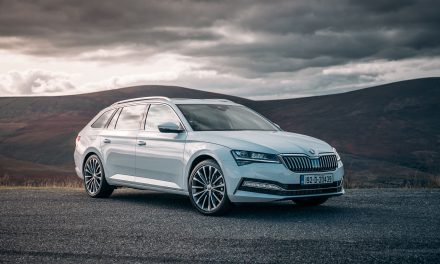 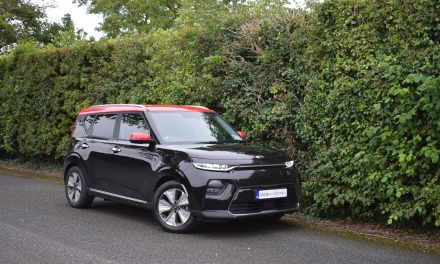 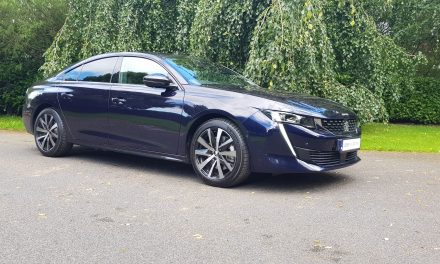 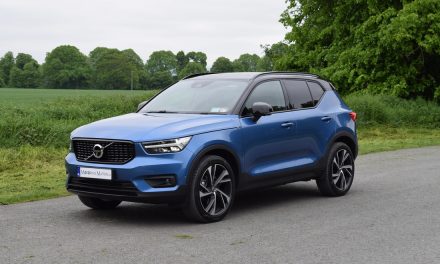