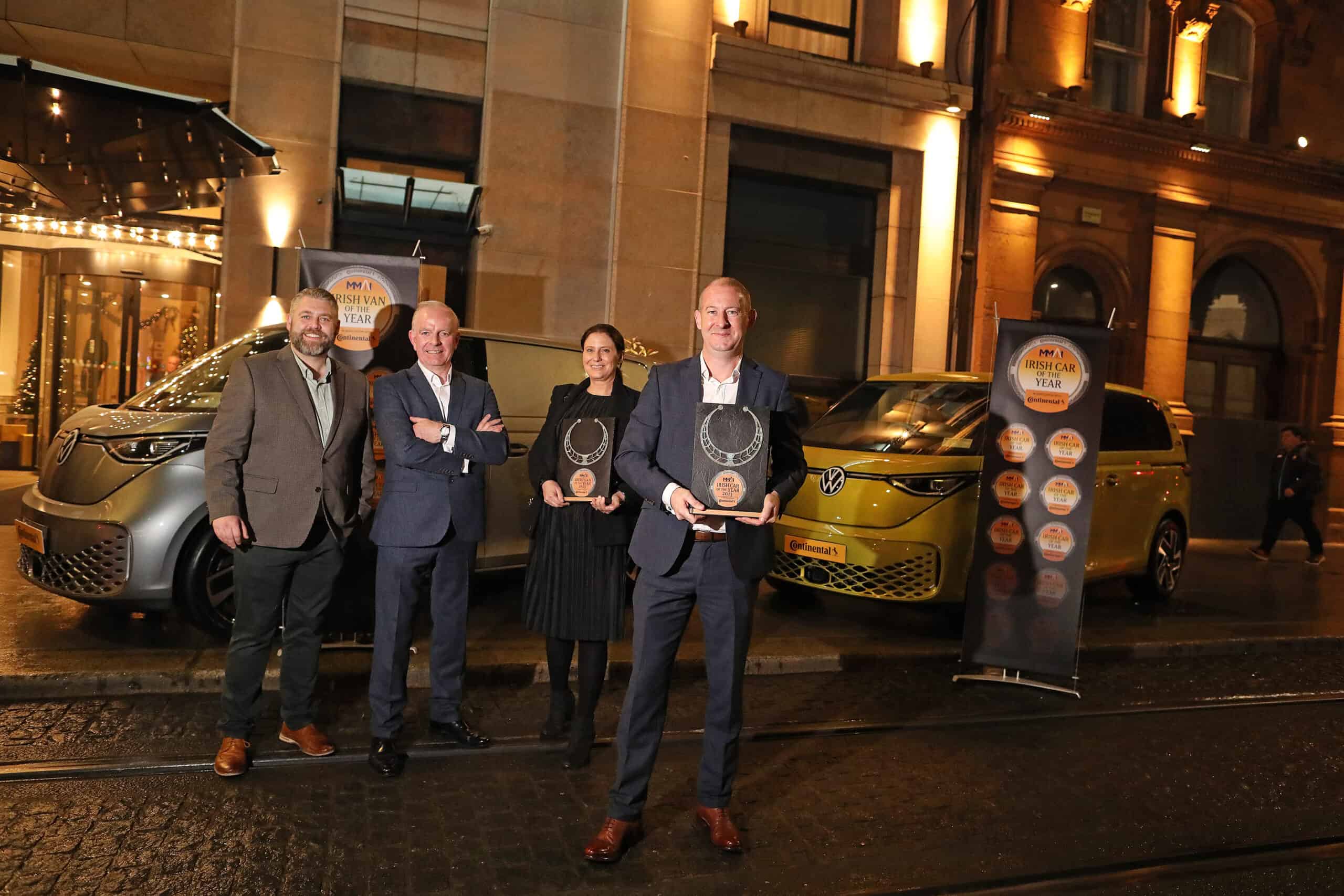 Volkswagen Passenger Cars’ ID. Buzz and Volkswagen Commercial Vehicles’ ID. Buzz Cargo have been named Irish Car of the Year and Irish Van of the Year 2023 – the first time in the event’s history the same model has won both awards.

The ID. Buzz Cargo and its ID. Buzz people stablemate were awarded the unprecedented honour at a special ceremony at The Westin Dublin on Friday, capping off a memorable week for the new arrivals.

On Monday, the ID. Buzz had its official Irish launch in front of a VIP audience at the VISUAL Centre for Contemporary Art in Carlow. On Wednesday, Volkswagen Commercial Vehicles Director Alan Bateson was in Hanover to collect a Golden Steering Wheel Award for the ID. Buzz, Germany’s best known award for new car models. On Thursday, he received the trophy for International Van of the Year at the Fleet Awards in Johnstown House, Co Meath. Friday’s Irish Car of the Year and Irish Van of the Year Awards in association with Continental Tyres, were the highlight of an incredible week.

A judging panel from the Motoring Media Association of Ireland (MMAI), which consists of motoring journalists from across Ireland, named the ID. Buzz and ID. Buzz Cargo the best car and van of the year, a feat that has never been achieved before. In addition, the ID. Buzz people won the MPV of the Year category, making it a hat-trick for Volkswagen Ireland on the night.

Irish Car of the Year committee chairman, Joe Rayfus, called the ID. Buzz and ID. Buzz Cargo “standout” vehicles. He said: “The ID. Buzz is a very worthy winner of the Irish Car of the Year; a truly stand-out vehicle. And, as the third electric vehicle to win the title, it really does confirm the onward march in Ireland towards an electric motoring future.

Accepting the Irish Van of the Year trophy, Alan Bateson, Director for Volkswagen Commercial Vehicles Ireland said: “I am extremely proud to accept these awards on behalf of the entire Volkswagen Commercial team. The ID. Buzz Cargo is a vehicle that has been 75 years in the making. This is a truly historic moment, heralding a new era of sustainability for both passenger cars and commercial vehicles. The phrase game-changer is bandied around liberally in the motor trade but the ID. Buzz is a truly a unique proposition. Everyone in the Volkswagen Commercial team feels privileged to have played their part in the delivery of these iconic vehicles and we cannot wait to see the reaction from members of the public now they are finally on Irish roads.”

Power for the ID. Buzz and ID. Buzz Cargo comes from a 77kWh lithium-ion battery mated to a rear-mounted electric motor that develops 310Nm of torque and an output of 150kW (204 PS). Both vehicles have an electronically-limited top speed of 145kph as well as a fast charging capacity of up to 170kW, enough to charge the battery from 5% to 80% in just 30 minutes.

Sustainability in an electric era

Sustainability is an integral part the new ID. Buzz Cargo, from design, to manufacturing, to the road. The leather-free interior features recycled synthetic materials, including seats made from reclaimed sea plastics and recycled plastic bottles. The ID. Buzz Cargo is manufactured using sustainable components: battery housings and wheel rims are made from green aluminium and tyres from low-emission production. For more information, visit volkswagenvans.ie

Accolades flood in for new arrival

Founded in 1978, the Irish Car of the Year and Irish Van of the Year awards are the most prestigious honour in the motoring calendar. Voted on by a jury of 32 of Ireland’s most experienced commercial vehicle journalists, each award recognises technology, efficiency, safety, comfort and practicality.

Tom Dennigan, of awards sponsor Continental Tyres, said Irish Van of the Year 2023 Award said: “The MMAI jurors provide a great service to Irish motorists in providing a really helpful insight into the broad range of increasingly sophisticated car models that are launched here each year.  No doubt, the Irish Car and Irish Van of the Year titles will be a huge boost to the popularity of the ID. Buzz in the new vehicle market in January and throughout 2023.”

The Irish Car of the year category winners: 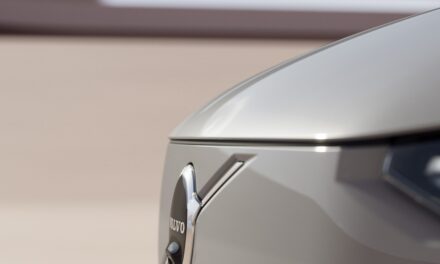 The Volvo EX90 – Designed to be elegant, safe and efficient. 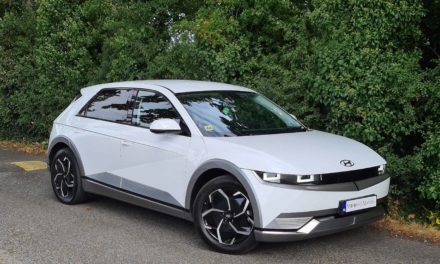 Hyundai IONIQ 5 Sweeps World Car of the Year, Electric Vehicle of the Year and Car Design of the Year. 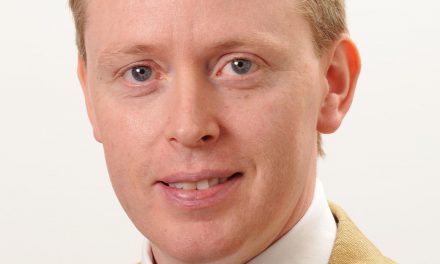 HEAD OF FORD IRELAND: “EVERYONE NEEDS TO COMPLY WITH COVID RESTRICTIONS” 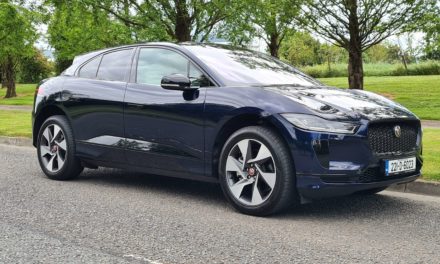